This article was originally posted on RTE.ie on 28 November 2013.

Over the last few weeks, broadcaster John Murray and Cork hurler Conor Cusack have spoken openly about their struggles with depression. The musician Bressie, rugby analyst Brent Pope and author Marian Keyes have also discussed their own emotional struggles. Thanks to this openness, the stigma about mental health seems to be lifting in Ireland.

But what if you could go on a short break to learn to look after yourself psychologically?

Meditation isn’t the first activity that springs to mind when we think of a weekend away, but, three weeks ago, 120 young people gathered in Kildare to attend a four-day mindfulness retreat.

The event was organised by Wake Up, an organisation for people between the ages of 18 and 38 who practise mindfulness.

The aim of the retreat was to immerse participants in ‘mindful’ living. Mindfulness aims to bring awareness to the present moment, and over the course of the weekend it was practised through meditation while sitting, walking and eating.

Wake Up Ireland was started last year by 15 people who had met on a retreat in Killarney. Initially they met in people’s living rooms and then progressed to having weekly meetings at Oscailt Integrative Health Centre in Dublin. The movement has quickly grown in size and there are Wake Up groups in Belfast and Dublin and groups currently being set up in Cork and Galway. The average age of the attendees at the Kildare retreat seemed to be late 20s/early 30s, and there seemed to be an even mix of men and women.

Four monks from Plum Village Monastery in France facilitated the weekend. Plum Village was founded in 1982 by the Vietnamese Buddhist monk and Nobel Prize nominee Thich Nhat Hanh. Attendees on their retreats don’t have to be Buddhist; people of all and no faiths are welcome and there is no attempt to convert visitors to Buddhism. The monks just simply want people to live more mindfully. 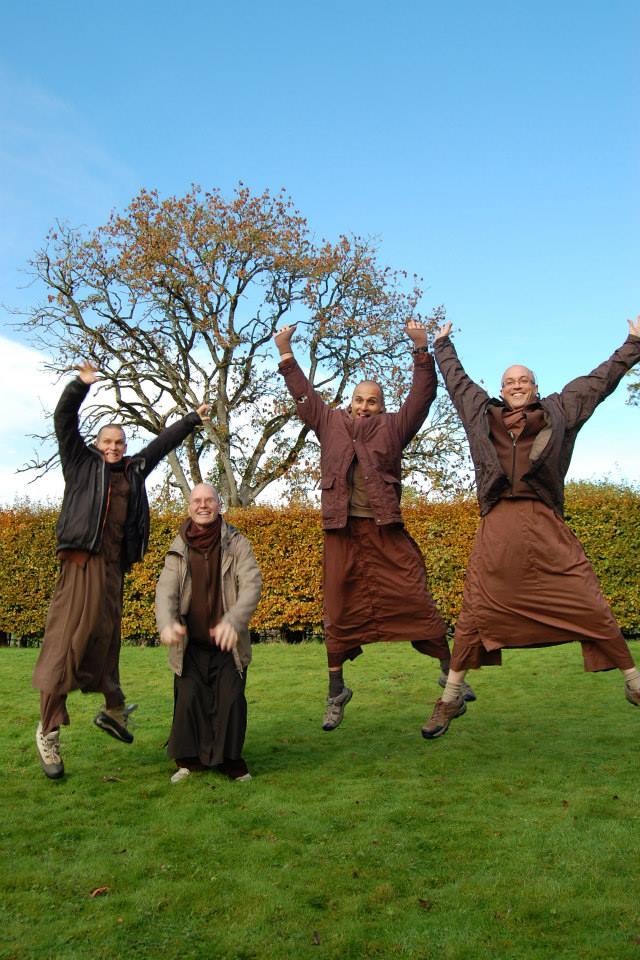 In principle, it’s a simple concept, but once you try it you realise how overly-busy the mind can be. The tendency to think about the future and the past is very powerful. Ben advised that when we find our minds moving away from the present moment, to “gently bring your awareness back to the breath”.

Research has found that people who meditate regularly have reduced levels of anxiety, depression and irritability. They are also happier, and have more fulfilling relationships. Mindfulness has also gripped the corporate world, with Google offering courses for its employees. One is named Search Inside Yourself and it became so popular that they created two more courses: Managing Your Energies and Neural Self-Hacking. Google has also built a ‘labyrinth’ for walking mediation in its California office. Ebay, Twitter and Facebook run regular meditation sessions for their staff and have dedicated meditation rooms in their offices.

The wake-up call on the retreat was at a very unmindful 6:30am for the first activity of the day: a half-hour sitting meditation. This was followed by a choice of ‘mindful exercise’; I opted for Brother Nathan’s gentle yoga class. He also offered relaxation sessions in the afternoons where all 120 of us bedded down with blankets in what looked like a giant slumber party. Nathan gently used relaxation techniques to lull us to a relaxed state and, judging by the snoring, sent some of us to sleep. 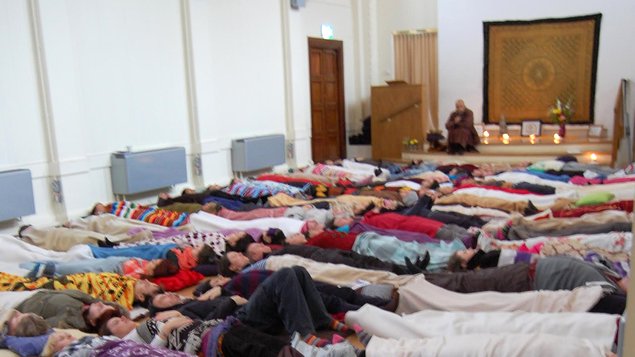 The retreat was not silent but silence was requested at certain times of the day: early mornings, bedtime and at all meals for ‘eating mediation’. The monks instructed us to eat slowly and savour each bite. I found that by eating this way I appreciated the flavours of the food more and my tendency to overeat diminished.

The chef worked hard in the kitchen to prepare our tasty vegan meals. He was also one of the organisers, all of whom were volunteers who frequent Wake Up. This cooperative approach encouraged a warm and friendly atmosphere.

Each day after breakfast the monks gave talks on Buddhist psychology and mindfulness. They said that through mindfulness we can learn to live in the present moment instead of the past or the future, and that it is the key to peace and happiness in oneself and the world.

Much of the talks centred on how to deal with difficult emotions and issues relating to young people, such as love and relationships, the consumption of alcohol and drugs and the use of pornography.

The monks drew from their own experience and also used analogies to illustrate their teachings. They spoke of our ‘inner gardening’ and our emotions being like seeds, some of which need watering. The talks were basically lessons on how to make ourselves and the people around us happy. 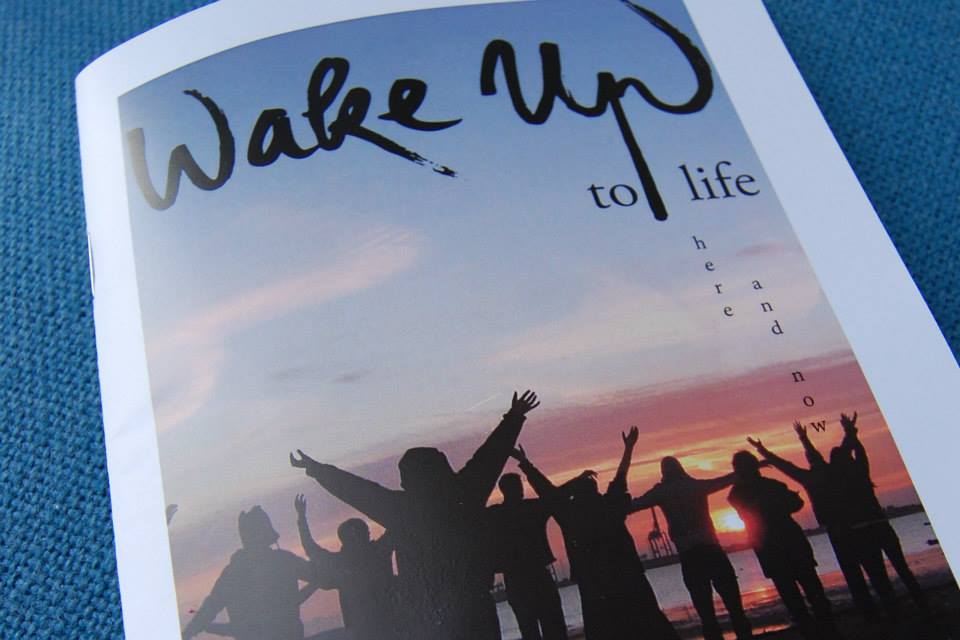 Modern life is often defined by busyness, stress and anxiety. If you’re someone who wants to experience happiness at a deeper level, a retreat like this might help. Even though some of the subject matter was difficult at times, overall the weekend was very positive and joyful. There was lots of chatter and laughter, and connections formed between the participants.

Hopefully this openness about our mental health continues in Ireland, to the point that psychological self-care is the norm. Maybe then weekends away on a retreat like this will become commonplace. I certainly felt it was an investment in my health, and came home happy and re-energised in a way that a regular weekend away has never done for me.

Wake Up Ireland has offered three retreats so far. The most recent retreat took place in Kerdiffstown House, Co Kildare. The cost for the four days, including all meals and accommodation, was €120 for students and the unemployed; €170 for the employed without contribution and €200 for the employed with contribution. Wake Up has weekly meetings around the country. For more information, visit:
www.facebook.com/WakeUpDublin
www.wkup.org