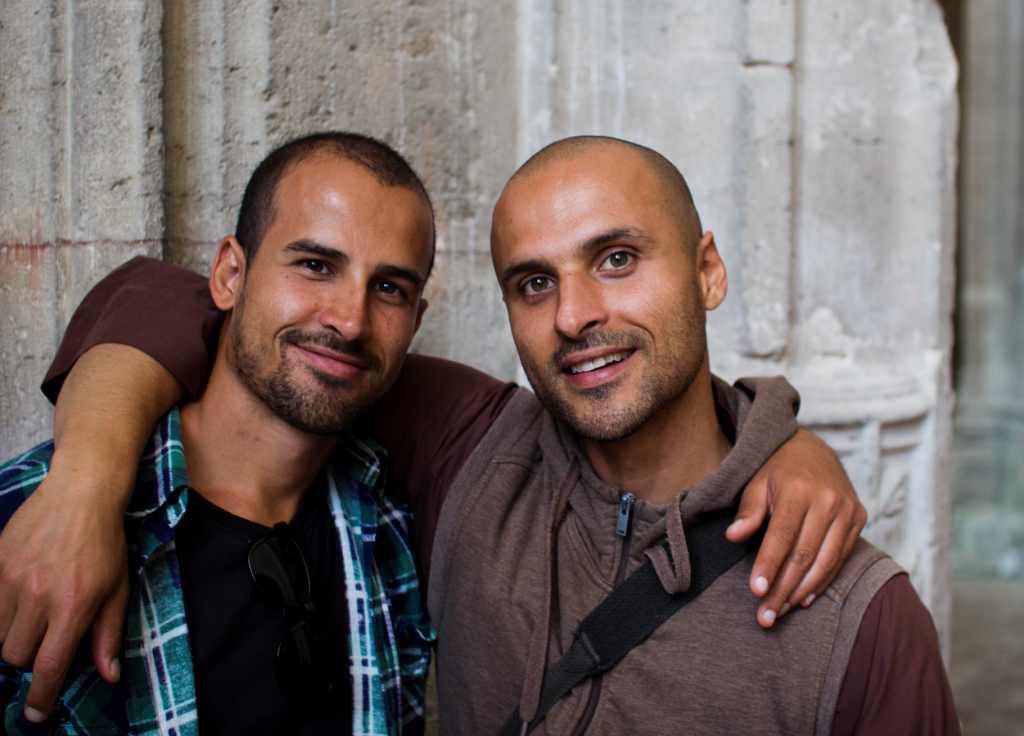 Many people venture to Plum Village each and every year, the reasons are many and each brings with them their own unique story. Many belong to Sanghas in their native city or have read a Thich Nhat Hanh book. Some have heard about the monasteries beauty and tranquility tucked in between flowing vineyards and fields upon fields of the brightest of yellow sunflowers, many are practitioners with a retreat to Village de Pruniers simply a must do on their yearly calendar.

I however came to Plum Village with no prior knowledge of the place, the people and the practice. What brought me on the monumental commute to the other side of the world was to visit my brother, one I hadn’t seen in over two years, and a brother who now calls the village his home. I still remember so vividly when I stepped off the train into the steamy French summer where I met my brother the monk for the very first time, dressed in his new style of clothing and with a new name to boot.

Plum Village was always going to be a different environment for me; it was polar opposites of the life I was living and the lifestyle choices I was making, in every little aspect from the people to the food and the culture I was making a step way out of my comfort zone. How a monastery would sit with a serial binge drinker, carnivore, T.V addicted, smart phone using isolated Australian was beyond me, would the Vietnamese monks eat me up and spit me out, would the vegetarian diet cause undue damage to my intestine tract, would the WIFI be available to update my social media status, was the nearest bar close by in case I got the cravings on a Friday night?

I simply didn’t know what to expect, but what unfolded over the ensuing three months just happened to be the single most profound experience of my life. I didn’t know what mindfulness was, had never sat for meditation, rarely if ever shared my emotions and sufferings, hated singing songs and hadn’t gone one week without consuming meat in my 29 years of existence. I never came for some spiritual awakening or for any deep soul searching, I simply got involved with an open mind and no expectations and not only met my brother Tuy Niem for the first time but funnily enough just maybe met myself for the first time too.

Somewhere amongst the hundreds of beautiful people from around the globe, Thich Nhat Hanh Dharma talks, Dharma sharings, morning yoga sessions, slow walks through the forest and afternoon deep relaxations, I started to drop my perceptions and my well entrenched ego and began to change.

It’s interesting how three months without the usual distractions of everyday impact on your thoughts, desires, old habits and needs. I spent the bulk of my life worrying about what I was putting into my body in the shape of food, but never thought about what I was putting in my mind. It was only when the noise and constant bombardment and consumption from all angles in the shape of TV, newspapers, billboards, the internet and social media ceased that I got the chance to really connect with myself, it was this quiet and solitude that allowed me to really identify my true sufferings and deepest aspirations.

I saw so clearly that I had perfected the art much like many of my fellow western friends of running after one thing than the other, material pursuits, never taking the time to think why I actually started chasing them in the first place. As ‘Thay’ says “the trick is not to run away from our suffering,” but caught up in routine and the constant cycle I never had the chance to even realise what it was I was running away from, or in fact to. When Brother Phap Niem played an old Vietnamese song titled ‘Hey you, why you running around in circles’ it was like he was singing it just for me. 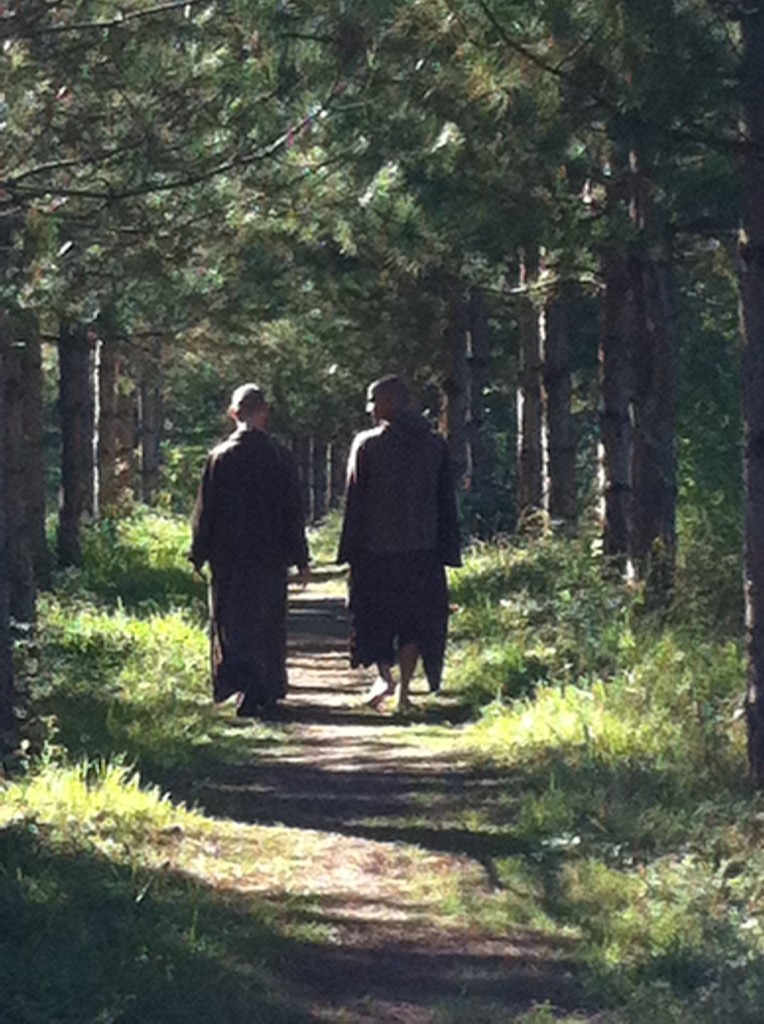 The Five Mindfulness Trainings started to resonate with me like never before, maybe it was when I saw firsthand how deep listening and loving speech can really make a big difference in someone’s life and how I had somehow made it through life never truly listening, free from distractions, plans and preconceived perceptions.

As I reflect back on my time in Plum Village, it is true it has been instrumental in reshaping my road ahead, but it’s also fair to say that I never envisioned having such a fun and joyful time, meeting great friends from all corners of the globe, lay people and monks alike, full of laughs and good times. The Things I initially disliked like singing and sharing I came to love, (much to the delight of the people next to me) a new clarity emerged during morning sitting meditation bringing with it a new found awareness of my feelings and emotions throughout the entire day.

I spent three months in Plum Village, four weeks of summer retreats, a health retreat, a youth retreat and the start of the autumn retreat. I consider myself extremely fortunate to have spent a wonderful summer learning the art of mindfulness, awareness and concentration, privileged to have shared my time with some of the wisest and sweetest men and women that I have ever had the pleasure of meeting, blessed to be the blood brother of the Australian monk at Plum Village and super lucky to now be able to really enjoy the present moment.

Evan Sutter (Australia) is new to the practice having been introduced through his elder brother, resident Australian Monk at Plum Village Brother Tuy Niem. He spent three months in Plum Village during the 2013 summer and is now continuing his practice back home in Sydney with sitting, walking and the odd surfing mediation high on his agenda.