Home Sharings Sangha-Building Why Going to a Sangha Helps Me 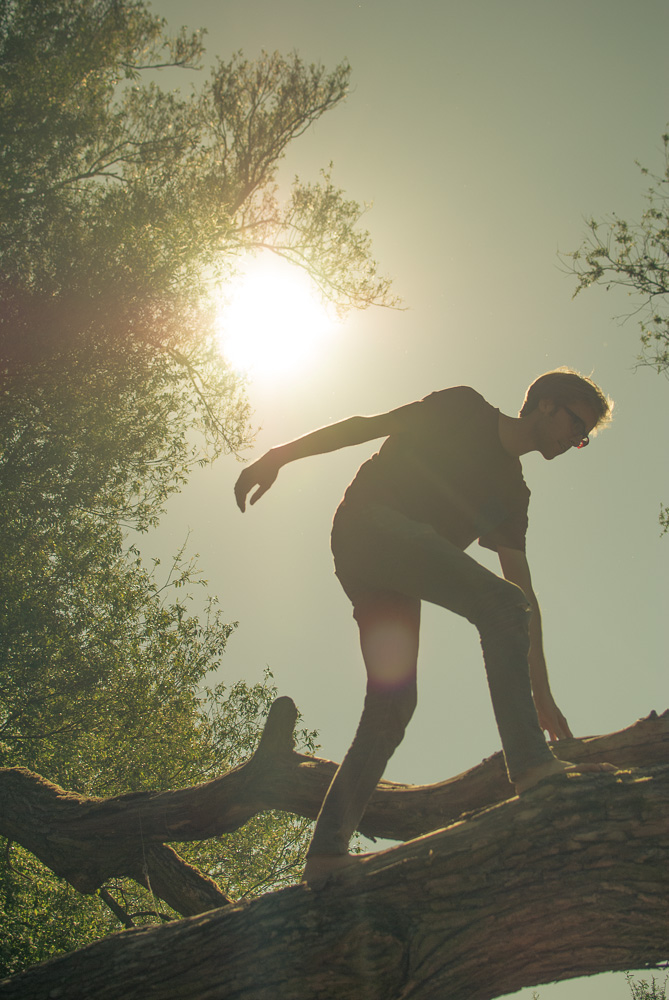 My name is Sefrijn. About a year ago a friend liked a page on Facebook called Wake Up. I was interested in what it was, so I checked out the page and read something about it. It was saying something about young Buddhists and non-Buddhist coming together. I was interested because I had read some books about Buddhism, did some meditation previously, and I wanted to connect with people who shared the same interest. And then I forgot it (laughs).

Then a friend went to the Wake Up summer retreat in the Netherlands, and I came across the page again. At that time it was the website. Then I thought: OK, maybe I have to go and check it out. And I found out there was a Sangha in Amsterdam where I lived at that time. That was when I decided to go there.

In the beginning did you go to the sangha gatherings on a regular basis?
I went once when I was really busy and I didn’t have much time in my head to make up what I wanted to do. So I went there, and it was actually a really nice experience. But I didn’t go there for few weeks after that. Maybe two months later I returned, it was around December, and from then on I went quite a few times.

And what made you return two months later?
Well, it’s similar to why I went the first time. It is very helpful for me to be together with people. And especially the group sharing which we do in the Sangha where you can share from your heart, what you feel, what you experience while the others listen without judging or saying: “Oh, cool” or “Oh, that’s so sad.”

I think that’s really beneficial and helpful for me. And it is a nice atmosphere. We are drinking tea before we start and meditate together. I like it.

And you missed that during those times where you didn’t go to the sangha during those two months. Is there a reason why you returned?
In the beginning I didn’t have that much experience. I didn’t know the people and the tradition. I’d never been to Plum Village or read books by Thich Nhat Hanh. I think it grew on me because I went there more often afterwards.

Looking back, are there any habit energies that you see you’ve been able to transform since attending the sangha?
Hm, habit energies. Well, to be together with Wake Up people helps me to be softer to myself. It can be very easy for me to criticize myself and always want something better. And I think that I became softer because of the true sharings we had, especially during the Wake Up New Year’s retreat in the Netherlands.

Afterwards it grew. It helps to truly see others, and to share your suffering is very important to me because in normal life there might not be a space to share what is going on inside even when it’s really painful or sad. A sangha can offer space for deep feelings.

How has your practice and engagement in the Wake Up community affected your outlook on life?
That’s a pretty big question. My outlook on life is always changing and developing. And I see the sangha as a part that contributes to this. But I think everything I do affects how I feel or how I experience life. It is very similar to the previous question. My environment influences who I am (I’m not an enlightened super human yet).

A big city can be very stressful for me, and my job was also stressful. The environment within a sangha can be softening or gentler. And that is even more true when you go to a place like in Plum Village. It’s even more relaxing.

Has it has an impact on your relationship with the friends and family closest to you?
I would love my parents to start meditating. That would be very beneficial. But I cannot force them to do it. The best way is to just live and shine by doing what you are doing. And inspire by your actions and not by implying a ritual or a habit.

I tried once to introduce them to meditation in general and more awareness to oneself. But it feels like these conversations are going more towards proving something and that’s not doing them any good or to myself.

In general, I think that meditation and mindfulness can help you to listen to friends and to see them more clearly and judge them less. In that way, it benefits them and yourself.

How would you describe Wake Up to someone who has never practice mindfulness before?
Wake Up is a place where you can be yourself truly. Together with other people, we try to support this by creating a space together where you get time to see yourself and to see others.

We do this by various activities which can be in the city, in a national activity, or in a retreat in France.