Home Sharings Wake Up Movement Waking Up! April 2014 In Review

Here are some Wake Up events and retreats around the world that took place this month.

Wake Up Paris organised a Meditation Flash Mob in front of Paris de Beaubourg on 20 April. If you’re in town, their next one will be held on 18 May in front of the Sacré Coeur.

During Easter break, core members of Wake Up Ireland sanghas traveled to Plum Village to practice mindfulness with the monastic community—and to have fun!

Thich Nhat Hanh and the monastics are touring Spain until the middle of May. Below are some photos of his public talk preparations on 26 April and the collective walking meditation on 27 April, where around 1500 people participated. You can see more videos and photos of the upcoming retreats and public talks in Madrid and Barcelona here.

Two monastic brothers Brother Phap Khoi and Brother Bao Tich are currently touring South Africa and Botswana until 7 May. On 26 April, both led a 3-hour Wake Up event in Botswana. We hope to get some scoop from them after their return to Plum Village! 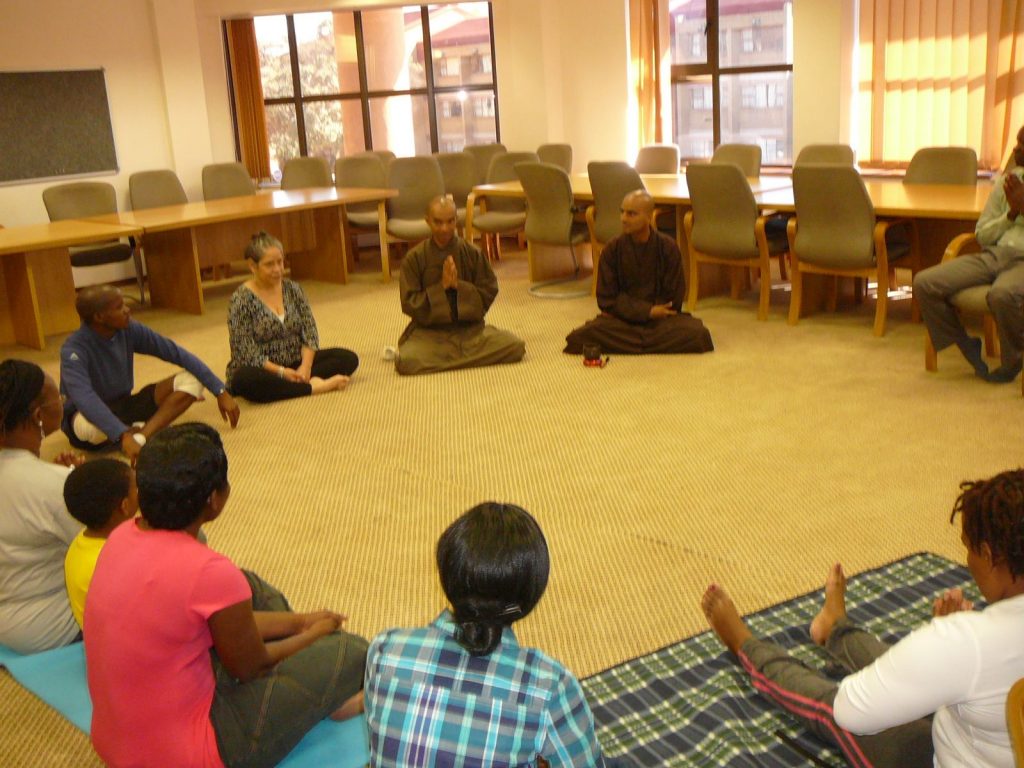 Canada
A sangha member brought flowers as an offer of gratitude to the Wake Up Toronto gathering. 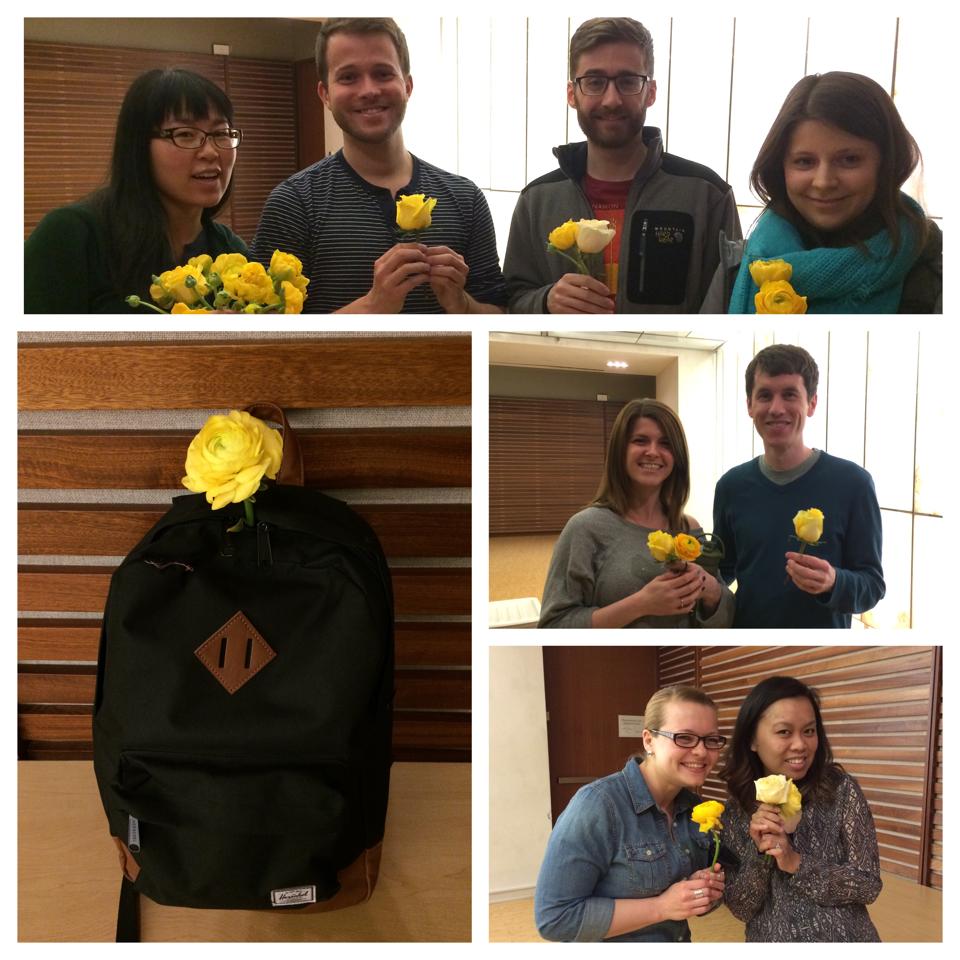 United States
The monastics traveled to Toronto, Canada; Houston, Texas; Seattle, Washington; San Francisco and Los Angeles, CA as part of the Vietnamese North American Wake Up tour. In Houston, the monastics were invited to a TV programme Làng Mai. If you understand Vietnamese, you can watch it in two parts below.

Here are some photos of the walking meditation with the monastics and Wake Up Washington in Seattle.

Q&A session video on the last day of the 3-day Wake Up retreat in Seattle. You can watch more videos of the retreat here

On 5 April, the monastics and the Wake Up community organised a Day of Mindfulness at the USC in Los Angeles. Activities included joyful singing, a peaceful walking meditation, and a fun game “Do You Love Your Neighbor?”

In Plum Village Thailand, there was a Family Retreat on 12-16 April. Many teenagers and young adults joined in!

On 20-24 April, a Gross National Happiness youth workshop was held in Vietnam. Young people came together at Tinh Truc Gia (a community that fosters the development and social integration of young people with special needs) in order to learn to learn/be/do/live together and contemplate the question “What is true happiness?”