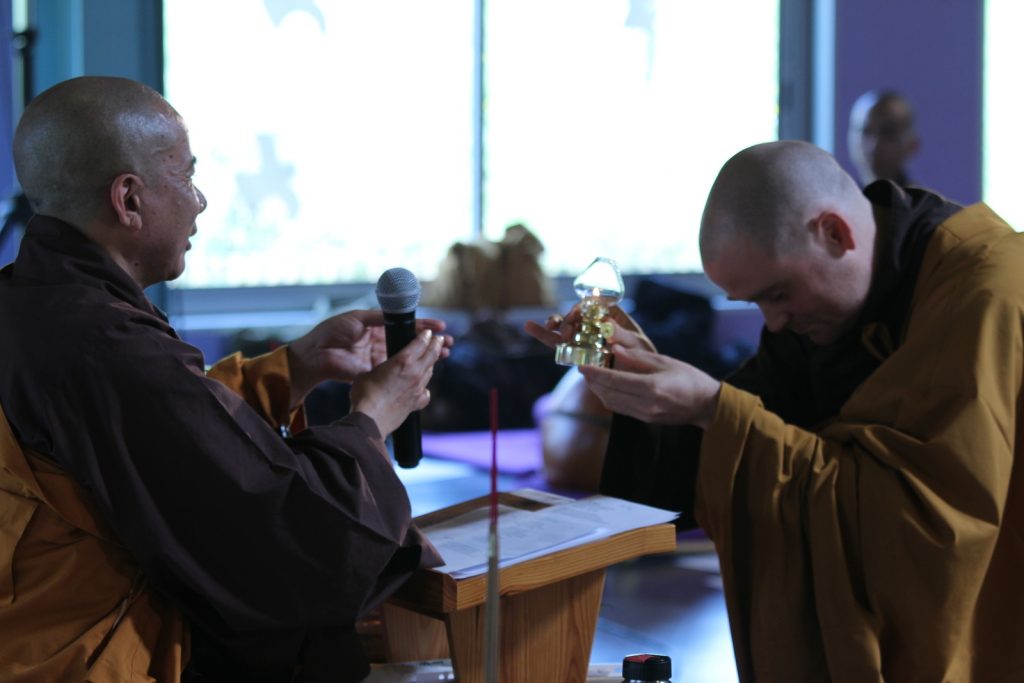 When and where were you ordained?
I received the ordination in February 2008 in Plum Village.

Where do you currently live?
Upper Hamlet in Plum Village.

What does it mean for you to receive the lamp?
It doesn’t change things very much. I have to continue to practice as before – and if anything, even more than before. My gratitude for the transmission and confidence of the Sangha is immense, but Thay told us many times that transmission happens in every moment, not just in a ceremony – it would be crazy to wait for the lamp to get the transmission!

What is the practice of Thay you love the most?
Since I met Thay in 1999, I’ve practiced pretty much just the 16 exercises of mindful breathing. In fact for a very long time, I basically practiced just the first four and only for the past year or two, I’ve been practicing the first 8.

The practice of bringing the mind back to the body, being aware of the sensations in the body in the present moment, cultivating mindfulness of the body. That is about all I do. And that’s already lot. It more than difficult enough.

What would you like to say to the friends of Maison de l’Inspir?
Just before his stroke, Thay, while he was already in hospital in Bordeaux, explained that in Vietnamese, there is a special term to describe the relationship between master and student: tinh thay tro, and it is very similar to the word for tinh huynh de. He explained that it was a pity that there is no word in English or French to refer to the connection between master and disciple. There should be a word for that. This connection is very important.

We can always cultivate the connection between ourselves and our teacher. It’s about finding our inner teacher — we find Thay, and the Dharma in ourselves, because when we have this awareness of the real presence of our Teacher, and of the Buddha in ourselves, we cannot continue to behave in the same way – we cannot continue to consume in the same way, to hate, to judge, or to criticise others as before. You can’t do that when you are really aware of Thay in you, because you know that it hurts him.

Thay proposed a new word in English: ‘Teacher-Studenthood.’ But he said he wasn’t really satisfied with it! In French, we are also waiting for a word. It’s up to us to find the word. We don’t have a word, but the connection, the relationship between the master and the disciple, is something real.

This is really the most important thing Thay has transmitted to us: the quality of love in our Sangha, between master and disciple, between brothers and sisters, between friends.

For countless lives, we tried hatred, anger, discrimination, violence and judging – we have really tried again and again, in our families, in our societies, between nations, and it has not worked – it has not really worked out very well at all!

Maybe now we can try love?

Here is the insight gatha (small poem) that Brother Phap Linh wrote for his lamp transmission:

Arriving on this planet,
I see clouds furl and unfurl,
Against a notionless blue-black brilliance
Of sky strewn with Stars.

For I am not just this wave,
I am the water.
And my heart Bursts,
Into a thousand glittering droplets,
of Gratitude and Love 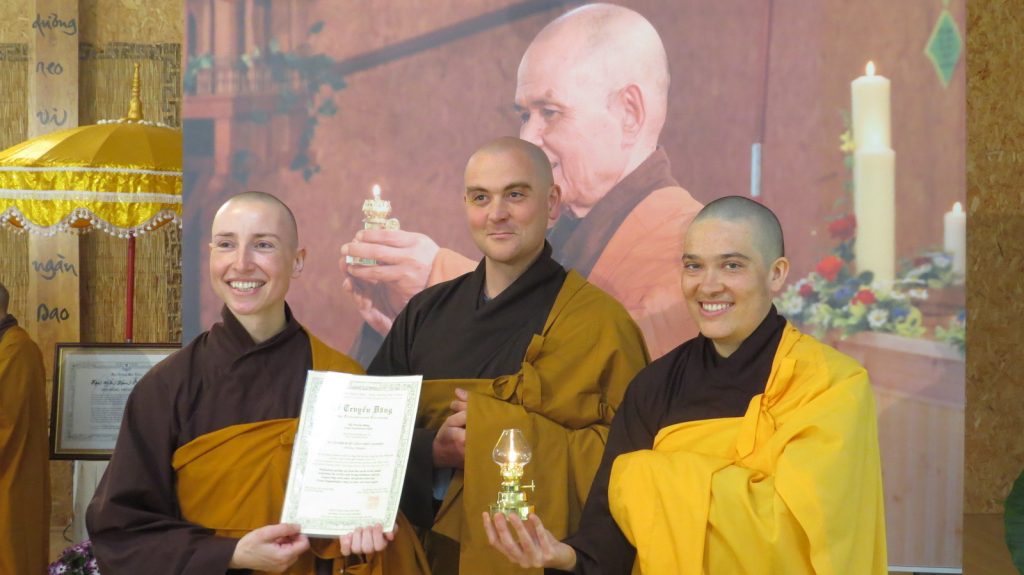 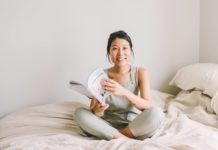 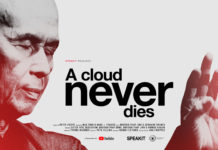