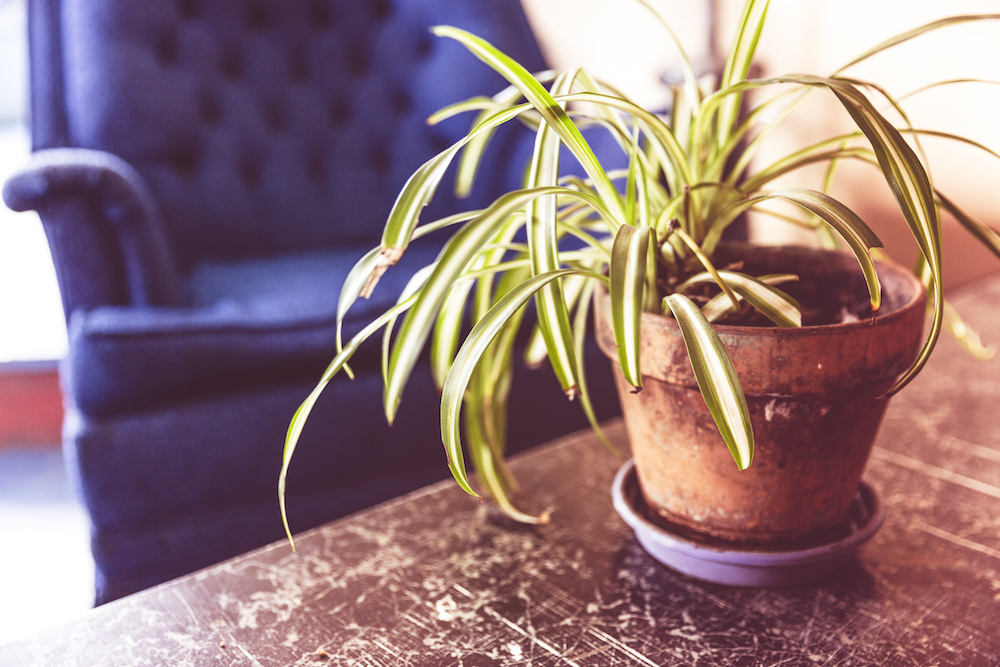 (A short preface for the layperson: Brazilian Jiu Jitsu, in its origins, is an extremely effective yet gentle martial art that does not rely on brute force. Today, largely due to mainstreaming it for sport competition and shortcutting its instruction for mixed martial arts applications, it is regularly practiced with a lot of muscle and machismo, to the loss of its original beauty and efficacy. My goal, as a student and teacher, has always been to return the practice to its roots, which have to do with strength through skill and precision, not muscle mass.)

I repotted a plant today – a very small, table-sized plant that has grown tremendously over the past few years. I realized this plant needed repotting when the roots actually began to grow out from the bottom of the pot and crawl up the sides. To repot it, I took scissors and cut down the sides of the plastic pot to get the plant out without damaging the roots. When I peeled back the pot from the soil, I saw that the roots had wrapped themselves around the inside of the pot about thirty times before eventually emerging from the bottom. Later I was struck by the sheer tenacity that this plant exhibited; trapped in a small confining space, it simply extended, stretched, and found a way to grow despite the confines.

Life seems to find a way to grow, to express itself, to flourish – no matter what.

As I thought more about it, I was struck by the power that life exhibits. Life seems to find a way to grow, to express itself, to flourish – no matter what. I was also struck by how that the plant’s roots simply grew, and when they hit a wall turned, went with the flow, and stretched out in a new direction. Patiently abiding, patiently growing, until finally, after months, maybe more than a year, found their opening and emerged from the bottom. They simply grew as an extension of their aliveness. They didn’t force their way through the sides of the pot (though as a last resort perhaps they would have tried this). The best part of this whole experience was that I realized the simple power of life. As I thought about this in connection to my Jiu Jitsu practice, I realized that this is the difference between a practice that flourishes and a practice that is stunted. It’s easy to practice Jiu Jitsu as the compilation of a bunch of fragmented techniques strung together. One technique doesn’t work, so I stop… move on to the next. Stop again. Move on to the next. Fragmented Jiu Jitsu. It’s where we all have to start. It’s the doorway through which we enter the livingness that this art ought be. It’s how we come to the space where the techniques begin to disappear and melt into one another. We begin to experience the aliveness of Jiu Jitsu – not a bunch of dead techniques, but something that we allow to permeate the execution of all of every movement. Jiu Jitsu becomes the expression of a holistic aliveness – a continuity – a stretching out. This is the same power and same patience of the plant. Expressing its aliveness, it reaches out.

Jiu Jitsu becomes the expression of a holistic aliveness – a continuity – a stretching out. This is the same power and same patience of the plant.

Techniques become things not in and of themselves. Rather, they become ways to express something more unified that we (at first) only taste little by little through individual techniques.

Bruce Lee’s quote, which I could not understand for a very long time:

Let your practice be something that lives, not merely the stringing together of separate disconnected (lifeless) techniques. Let yourself find this thing that is Jiu Jitsu – this energy, this art, this aliveness. Allow that to enter and unite each individual technique until it is a living practice, a flow of energy, a unity.