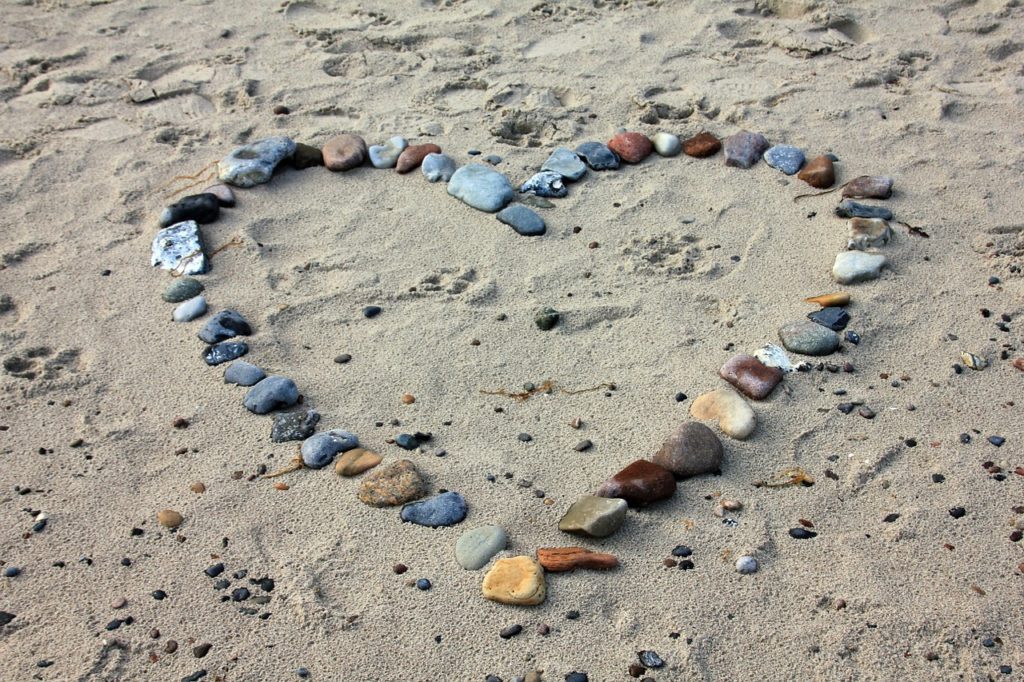 My journey has a lot to do with love. When I was 10 years old, my parents were divorced. It was kind of emotional. I don’t think they knew how to process their difficulties, so it was traumatic. Our family had a big breakdown on various different levels. It was more emotionally painful for my mom in some ways. I was closely connected to my mom, so I was overwhelmed by those emotions. That left a big mark.

There’s a beautiful poem by Thay in the beginning of The Heart of the Buddha’s Teachings: Transforming Suffering into Peace, Joy and Liberation where he talks about growing up in the time of war:

“My youth
an unripe plum.
Your teeth have left their marks on it.
The tooth marks still vibrate,
I remember always,
remember always.
Since I learned how to love you,
the door of my soul has been left wide open
to the winds of the four directions.
Reality calls for change.
The fruit of awareness is already ripe,
and the door can never be closed again.
Fire consumes this century
And the mountains and forests bear its mark.
The wind howls across my ears,
and the whole sky shakes violently in the snowstorm.
Winter’s wounds lie still,
Missing the frozen blade,
Restless, tossing and turning
in agony all night.”

In my early 20’s after I graduated from college, I became a Peace Corps volunteer in Nepal for two years. But the wounds from my childhood still remained in me, and I didn’t know how to take care of this. I was afraid of love in some ways, and I was looking for ways to heal.

But doors had opened along the way in my life, so I was lucky. I had met a woman in college named Liz who was learning about the practice from Thay because she was taking a course that was studying his work. She was the first person whom I really had a close relationship with and had a deep love. I got in contact with Thay’s energy through her; it is a miracle when you see this alive in someone else. This was very attractive to me, and I didn’t know what it was at the time.

Liz helped me to connect to one of Thay’s books Transformation and Healing: Sutra on the Four Establishments of Mindfulness while I was in Nepal. It didn’t make sense to me at the time, but when I returned from the Peace Corps it was the right moment in my life to reconnect to Thay’s teachings. I was going through a lot of difficulties, trying to readjust to the culture and life in the United States, and navigating my relationship with my parents, which was still awkward and painful. The Peace Corps was somehow meaningful to me; it had something to do with service and transforming suffering, but it wasn’t satisfying. I didn’t feel I was able to transform or help because I was looking for a way out – a path, a deeper meaning.

I really wanted to know what true love was. I had been in a long distance relationship with Liz in Nepal, but it didn’t work out and it was painful. Then I dated another woman who was also a Peace Corps volunteer and it was also very painful. I could see the wounds in me that were blocking my relationships – the same wounds I carried from my parents.

I was in a kind of wounded space, depressed. I was also anxious and didn’t know what to do with myself. At the time, I was living in Santa Cruz, California, and I was looking for anything that would help me. I was in a bookstore, and I remembered the name Thich Nhat Hanh because Liz had given me his book when we broke up. Looking at the row of books with his name on them, The Heart of Buddha’s Teachings called me. I picked the book and immediately connected with it. Tears were flowing down my face. Up until that point, I thought because I suffered, there was something wrong with me. That made it worse, of course. It’s a lonely kind of suffering you can’t reveal, share, or face yourself. But Thay was saying because of your suffering there was a path of healing, that the Buddha was right there, and you could enter his heart. This hit me quite strongly at that moment.

I felt a close bond with Thay through his writing. Somehow he had found a path through the deep suffering of war and had transformed it into love. I knew I could also transform the deep suffering of my past into love. From there, one thing led to another. Eventually I visited Deer Park Monastery and fell in love with this tradition. I had connected to other traditions as well, especially taking some beautiful time to heal and reestablishing my Christian roots. But I really fell in love with Deer Park Monastery and the practices of this tradition. I spoke to Brother Phap Tri, who’s now in Rose Apple, Vermont to help establish a center. I asked him about becoming a monk after being just 24 hours in Deer Park! He laughed gently and said that maybe I should get to know them a little better before becoming a monk for the rest of my life.

I spent a couple of years working and living in the Lake Tahoe area, and continued practicing and studying Thay’s teachings. Then I went with my mother for the summer retreat in Plum Village in 2006. And I never left!

Click here to read Brother Phap Man’s reflection on love and dream for the community.