Home Monastics' Corner Q&A with Thay How Does Thay Calm Down Someone in Rage? 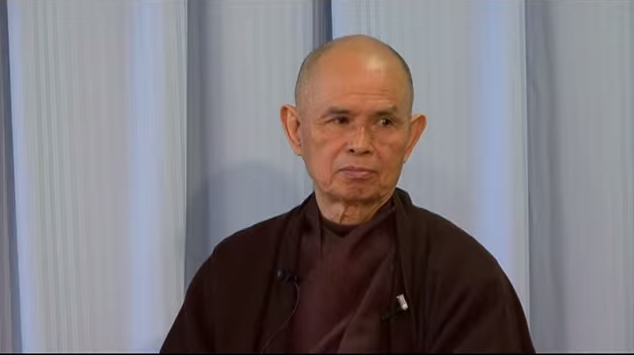 Thay has been able to deal successfully with a number of people who got angry at Thay out of jealousy and wrong perceptions. Sometimes, it takes a lot of time for a person to calm down and transform. These people also exist in the clergy and in society. Thay’s way is very simple: not to respond, attack, or even to explain. He does not try to justify himself or do anything because doing so may cause the other person to react angrily. Just be in silence.

Breathe in and out and accept, not reply or react. Thay can also do better because a few days or months later, he can write a love letter to him or her. He has done that several times. Someone who betrayed you and has caused you or the community to suffer and even write a letter to him or her help him or her suffer less. Sometimes, it takes time for that person to suffer less and to stop being angry, but it always brings effect.

In Vietnam, we had a very beautiful community practice center called Bat Nha. There were about 400 monastics who practiced there. They generated a lot of energy of harmony, brotherhood, and peace. So many young lay people practiced with us. It was in the mountains area, but there were times when there were 5,000 young people in 5-6 day retreats who got transformation. It was quite a movement with people who were enthusiastic. But in a country like Vietnam that doesn’t look safe or with those who rule the country, they are afraid of something too strong. They are afraid that they cannot control, so there was an attempt to dismantle the practice centre.

Our young monks and nuns tried to resist with compassion and nonviolence for more than a year and a half. Finally they could no longer resist because they sent violent people to the centre. They burned and attacked. They cut the electricity and water. They shouted. They organised hundreds in the people to break and destroy. We had to evacuate the place and went to a temple in the area to take refuge, but they still continued to oppress until we had to leave the place. Many of these young monks and nuns are taking refuge in Thailand, France, Germany, and America.

We were able to identify those who tried to destroy the place. Thay has sent words for them that we don’t hate them because they may have been victims of wrong perception, which may have given rise to fear and anger. We have disciples of Thay in Vietnam who have sent books of Thay to them as gifts. It’s possible to respond to violence with love. That is the way we always follow to respond using compassion and understanding.

During the time Thay worked and organised the School of Youth and Social Services, we trained hundreds of young lay and monastic people to go to the countryside, help victims of war and poor people. We organised in terms of health, education, and economic development to improve the quality of life in the countryside. Many of us were suppressed and killed while doing service the war because we didn’t want to join the war. We wanted to accept both sides; we wanted reconciliation and peace rather than to continue the war. That’s why we were victims of the suppression by both sides, and we always responded with compassion after they have killed a number of us. We have organised funeral ceremonies, and we declared that we do not hate those who killed us because we know they are victims of wrong perceptions that have given rise to fear and suspicious. We hoped they would understand us better. Our intention was not to harm them, but only to help the people in the country, victims of war, orphans, and poor people.

In the beginning, the suppression and violence continued. But later on, these actions of suppression began to decrease. That is what we’ve experienced in the decade we practiced and served in Vietnam. Sr. Chan Khong’s book Learning True Love tells a number of stories like that. You can also read it about in my book The Novice: A Story of True Love.

Using compassion and understanding to meet with violence and misunderstanding is a good practice that can bring results if you are patient enough. Some of the people in the police came to our retreats in Thailand and even in Plum Village to practice. That is a victory for both, for us, and for them. 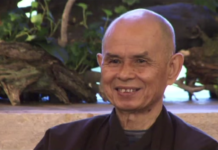 Thay on Romantic and True Love 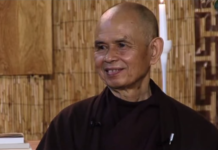 How to Practice When Your Partner Is Not Interested in Mindfulness 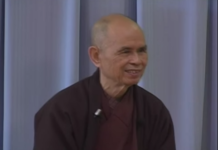 Thich Nhat Hanh’s Message to the Next Generation