Home Sharings Wake Up Movement Waking Up! May 2014 In Review

Here are many Wake Up events and retreats around the world that took place this month.

Following the success of the monastics’ tour in Botswana and South Africa, Wake Up Botswana held their first gathering on Saturday, 9 May. All 6 members of the group read and shared about the 5 Mindfulness Trainings. Afterwards, they had a short sitting meditation. The sangha will meet twice a month and attend the weekly all-ages sangha. Congratulations to Africa’s first Wake Up Sangha! They are the Sangha of the Month for June. 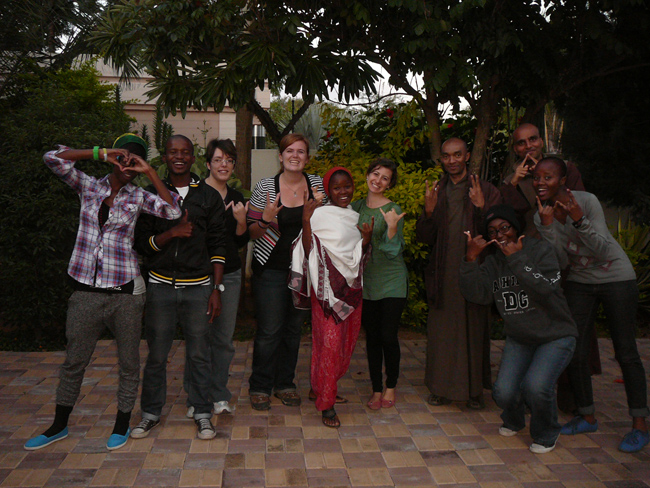 Wake Up Tokyo and the all-ages sanghas had a successful meditation flash mob with the monastics from AIAB. Click here to read more. 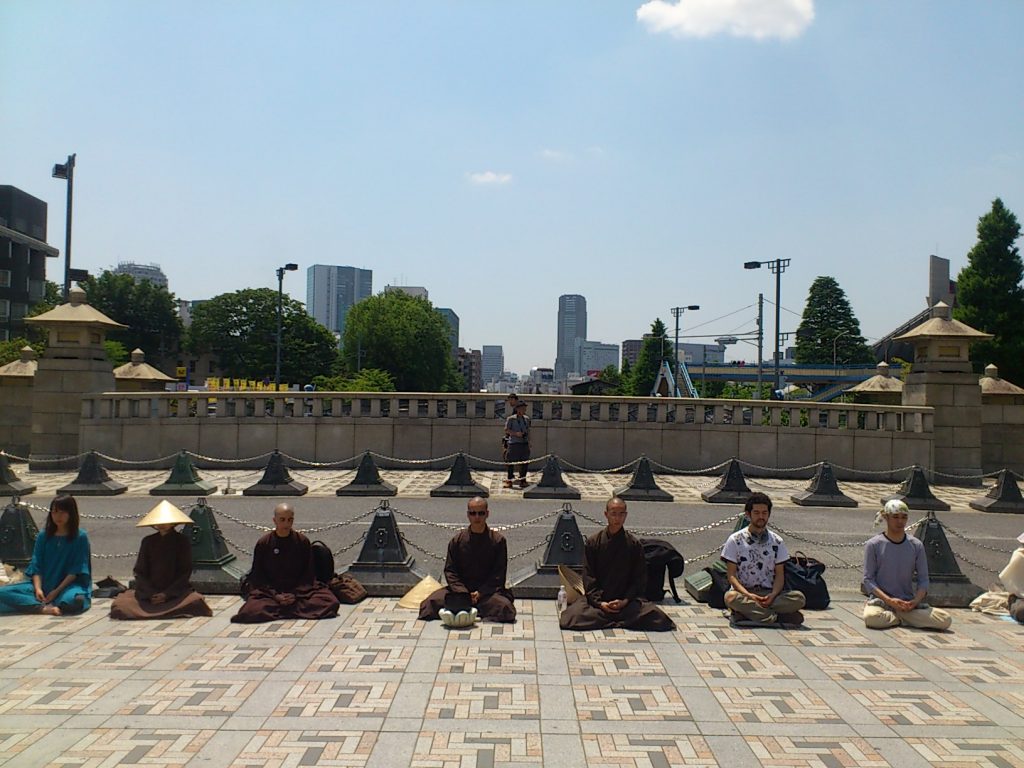 Wake Up Paris organised a Flash Mob meditation at the funicular of the Sacré-Coeur on Sunday, 18 May. There were lots of smiles and beautiful sharings!

Wake Up London organised a Flash Mob meditation at Marble Arch on Sunday, 11 May. About 40 people came. Click here to read a participant’s experience.

This was timed with the meditation flash mob that took place in Barcelona, Spain with Thich Nhat Hanh and the monastic community. Click here to watch the video of the event in Spanish and see the photos from a Catalan site.

A Spanish Wake Up friend from Paris who participated in the event in Barcelona shared:
“I’m very happy to share with you that the event went very well. We enjoyed a calm atmosphere with an exceptional brotherhood and sisterhood in the heart of the city. There were around 500 people who gathered together in peace at the bottom of the magnificent Arc de Triomf.

As most of you know, following Thay’s guided meditation was an exceptional experience because his words impacted us directly but with a gentle spirit. I’ve learned a lot by meditating with Thay.

After the meditation, the brothers and sisters offered a chant of Namo Avalokiteshvaraya. I’m still moved by recalling the tears of many participants (including my own), listening to this wonderful music and receiving the energy filled with compassion. It seemed like the time and the trepid normal rhythm of Barcelona completely stopped during this time and only a beautiful and very strong compassionate energy and solidarity was shared among us.

As you know, many Spanish are suffering over the past few years. Thay’s loving presence, as well as the monastic brothers and sisters’, helped us a lot and comforted us in our suffering. I feel an immense gratitude.”

The Netherlands
For the first time, Wake Up Netherlands organised a retreat for Wake Up friends and their parents on 2-4 May. An article about a retreatant’s experience there will be posted on this site soon!

On 11 May, Vivir Despiertos Chile organised a meditation flashmob in the Forestal Park in Santiago.

Since the North American Vietnamese Wake Up tour ended last month,  Wake Up Seattle and Wake Up Toronto have been growing and active!

Seattle, Washington
The Vietnamese Wake Up Seattle organised their first Day of Mindfulness on 3 May, where 20 young Vietnamese Americans attended.

Toronto, Canada
Below is a great video that captures the eventful moments of the first Vietnamese Wake Up Toronto retreat in March. You can watch the children sharing about what they learned at 4min 9sec here.

And a hiking trip at Webster’s Halls with two monastic brothers at the end of April.

Washington, D.C.
On 27 April, Wake Up DC organised a meditation flash mob with other meditation communities for the first time. Great job!