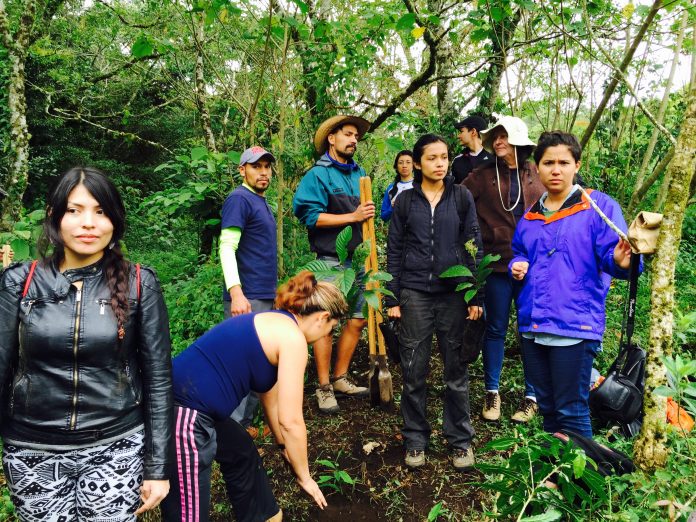 When Wake Up Mexico City was started in February 2014, I [Rogelio Moreno] was introduced to Christoph Neger around that time. He’s from Austria, but he’s currently living in Mexico. He came a few years ago to Los Tuxtlas, and we kinda started Wake Up at the same time: Los Tuxtlas and Mexico City. But he was working more on the Forest of Interbeing Project than Wake Up.

I had also met Joaquin and Aurora (from Wake Up New York) during the Latin American tour in 2014. They had the chance to stay in Mexico for three months, so they came. They gave me more strength and nourishment to organize a Wake Up Retreat. So I wrote to Wake Up International, and they sent me a lot of material to help me figure out how to organize a retreat, step by step.

Christoph, Miguel (my partner), and I organized a retreat. It was a 4-day retreat in March 2015, which started on Friday and ended on Monday. The theme was Watering Seeds. 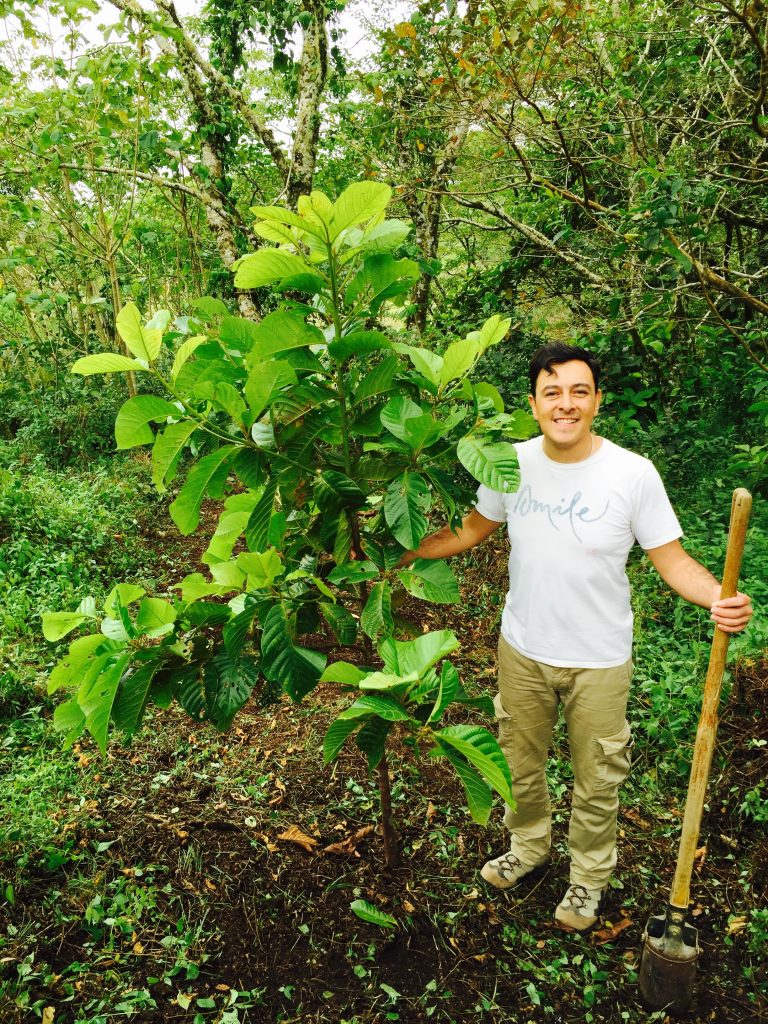 Since Christoph was in Los Tuxtlas and doing Forest of Interbeing, he told us to come there. One of the projects during the retreat was to plant 80 trees. The location is a very nice jungle with waterfalls, about eight hours away from Mexico City. There was a camping facility next to the project site with all the camping facilities, like showers, and people cooked food for us.

Fifteen people came. There were around three people who were from the Wake Up Sangha, but the rest were completely new people whom we never met before! They found out about the retreat from all of our posts on Facebook and from our website. We have a Facebook group for Mexico City and a Wake Up Mexico website. That helped a lot, so we’d like to work on our webpage more.

The third day was when we did the planting. We had the morning to plant 80 trees. Before the planting, Christoph showed us the parts of the forest that were cleared and where cattle were brought for grazing. The practice was to first see what was happening in order to inspire us. Then we did walking meditation from where there were no trees to slowly back into the jungle.

We came to the area where we planned to plant the trees. Earlier, some people prepared the entire area (because there were poisonous snakes to be careful of!). Before planting, we read excerpts from the Chanting book (there’s a ceremony for planting trees) and after the ceremony we started planting. And it took us about two hours to plant all 80 trees! It was amazing. Afterwards we weren’t tired at all; in fact it was the opposite. We were so energized and so glad we were doing something.

We returned to the campsite that night. That was the last night of the retreat, and I wanted to bring more silence, so we watched the Avalokiteshvara chant. The next morning we had sitting meditation, a sharing and closing circle, and we ended around 10am (since it takes eight hours to come back to Mexico City). It was a very nice project.

Since then, there’s a girl who wants to bring yoga into the practice. We’re calling it, “Yoga por la selva” or “Yoga for the Jungle.” She’s a yoga teacher, so she wants to give a yoga class once a month. All the dana collected from the class will go to the Forest of Interbeing project, and we’re wanting to start it this year.

Barriers to Sharing the Practice

We have Wake Up Mexico City and Wake Up Los Tuxtlas. Now we have a third Wake Up group in Puebla. I didn’t know Julian (the organizer of Wake Up Puebla). He just wrote me and I said, “Well, I can help you” so I sent him the materials. Fortunately, he speaks English because that’s a big barrier here. Not many people speak English…There’s all of this great material in English but no one has time to translate it. I mean, I do lots of translations, but there’s so much to translate. I mainly have been translating Dharma talks so we can use them in our sessions, subtitles for videos, and everyday material that we use the most. For example, for the Wake Up Manual that’s being worked on, I think it would be a great idea to have it in Spanish as soon as possible. Sometimes that’s what stops us from reaching more people because we do not have the material.

For more information on Wake Up Mexico City, you can visit their website at wkupmx.org. 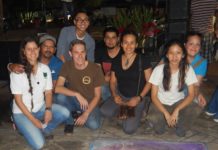 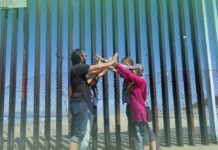