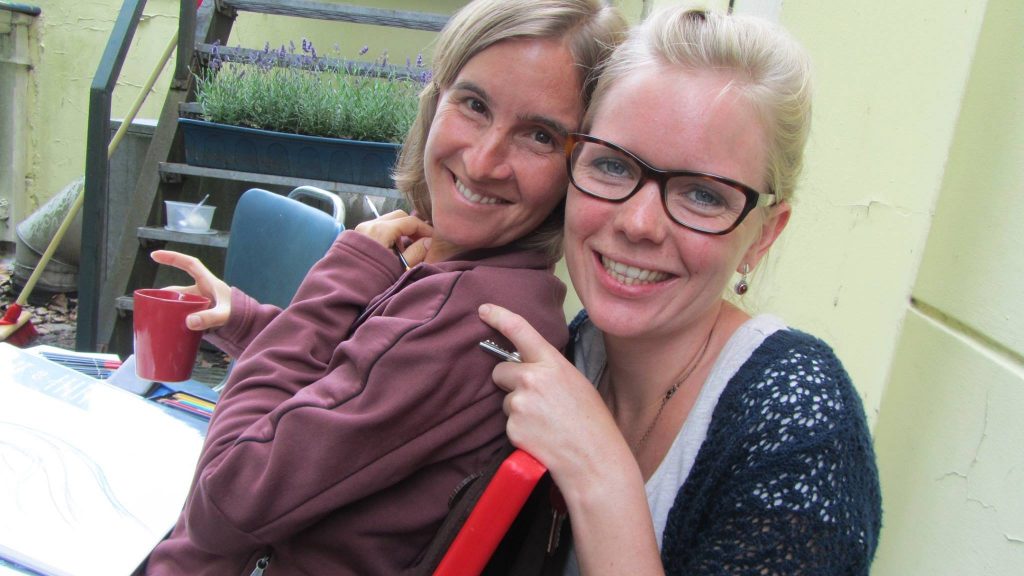 Anneke has been a regular in Wake Up Nijmegen, her hometown in the Netherlands for two years. She got into the practice through a mindfulness course at her university. After attending a non-denominational mindfulness group for two years, she felt she wanted to deepen her practice. This is how she ended up in Wake Up. Now she has been a steady member of the Wake Up Netherlands team for almost two years. Let us get to know her and the Wake Up Netherlands a little better…

How did you get into Wake Up?

I took a mindfulness course at my university because I had trouble sleeping. I thought it might help me to get my mind off of things. Somehow I felt intuitively that it would be very beneficial for me. After the course they recommended us to connect with a meditation or mindfulness group in order to continue to practice and to be motivated by practicing with other people.

This was how I got involved with this mindfulness group at campus. It consisted mainly of students or former students from my university and we met about every week. What attracted me to them was the fact that they did not have any particular religious orientation. It was just ‘plain mindfulness’, if you could call it that. We mostly did guided meditations, which we facilitated ourselves.

After I had been attending the group regularly for one year, they asked me to guide some meditations myself. At first this scared me a bit, but it was a nice way to become more involved in the practice. In fact it changed my whole perspective on it. I felt I really wanted to find out more about various forms of mindfulness. 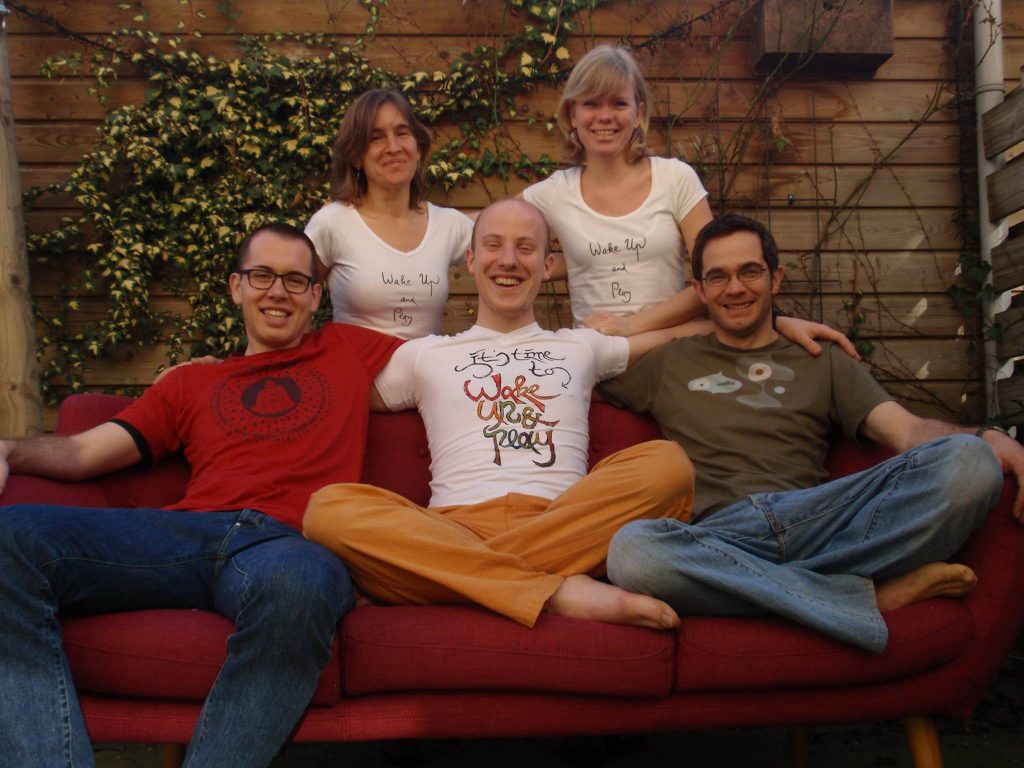 So there happened to be some Wake Up people that were also attending this group. There was something about them, I think it had to do with their open hearts. They were really easy to connect with and brought with them a strong energy of joy and connection. So I wanted to know more about this group they felt so strongly about. The only thing I knew about Wake Up before was that it was oriented at the Buddhist tradition, which scared me a bit and had stopped me from going there for a long time. But then I did, and since then I have never missed two consecutive meetings.

I call it my home Sangha now, a place were I feel very safe, open and very free to walk my own path. I do not feel like I have to do something or practice in a certain kind of way. That is what is so great about this Sangha. There are so many open-minded people and there is a very strong togetherness, but still you are free to just come and go whenever you want.

I did not immediately feel like contributing to the Sangha in the form of Sangha building or facilitating however. That only started a little later. Last year Verena (one of the core Wake Up Netherlands members) asked me to staff the Wake Up summer retreat. Before that I had only been involved in my local Sangha. It was then that I discovered that I was getting so much from Wake Up that I really wanted to give something back. And now I myself enjoy being part of the core group of organisers for Wake Up Netherlands. We call it ‘our little Sangha’. We get along very well and usually have an incredible amount of fun together and even if there are some difficulties we really try to go through them and develop our group with lightness and openness.

What are the challenges you have met being part of Wake Up Netherlands?

I was involved in the organisation of two large retreats in the past year. Both times I could get quite anxious because of the responsibilities involved. I was worried because on the one hand I wanted to find space to take care of myself and get enough rest, but on the other hand I wanted to be there for the whole group.

I found it hard to communicate about this at first, but when I started opening up to the other staff members, I felt so much support, acceptance and love from them. By only sharing about, strangely enough, my worries already decreased enormously and I soon felt my energy coming back to me. Also during the retreat, at the moments I was anxious that something might go “wrong.” By talking about it, I found out that often someone else had already taken care of it or we could figure out an easy way to deal with the situation together, which alleviated the heavy feeling of responsibility I easily have.

So what I learned was to trust in the Sangha. I am not alone in my tasks or ‘duties’, we are in it together. That was such a deep lesson for me. I always thought that responsibility is something personal, but I have learned from Wake Up it is really about doing it together. It is not like you have your own task and if you do not do it right, you fail. No, we need to get everything fixed as a group and we just all do what we can, which is really a lot if you really work together. There is so much more energy in togetherness than when everyone is just working on his or her own.

Can you share a little more about Wake Up Netherlands and its evolution?

Last year was a year of consolidating in the way we work. The website became more professional. Our newsletters became standardised by MailChimp. We met regularly on Skype and in person with the members of the core organising group, strengthening our ‘Sangha’ friendships and figuring out how to create as much time as possible for fun, music, drinking tea and enjoying each other’s company rather than discussing plans and projects. And yet we all have a strong drive to create beautiful Sangha events and retreats. So all these basic processes were established. Instead of just ‘going as we go’, because of the larger scale we now needed to have a clearer assignment of tasks, a strategy in how to reach so many people and we needed to plan things more in advance.

The organisation of our New Year’s retreat also changed drastically. After so many people who had attended our summer retreat, we needed to do things differently. We needed to find a place were over 60 people could stay for a low budget. So we decided to do everything ourselves. Instead of going to a retreat centre (the ones available in the Netherlands were either too small or too expensive), we just hired a farm that could be hired by any sort of group, turned one of the rooms into a zendo and did all the cooking and groceries ourselves. Since we ended up hosting 65 people we also needed to coordinate a lot more staff. It was a big operation logistically, but it turned out to be a very beautiful retreat. And this gave our confidence a real a big boost, knowing we could do all of this.

We also had quite a lot of money left over in the end, partly because we had been quite tight on the budget, and partly because we had received many generous donations to continue building the Dutch Sangha. We wanted to use this money to make Wake Up Netherlands bigger and stronger, being able to make large payments in advance for retreats and so on. This meant we had to make arrangements to register as a real charity foundation, so we could have our own bank account. We took a look at the all-ages Sangha in the Netherlands to see how they had arranged this. This turned out to be quite complicated because there is a lot of paper work involved, but all of this got sorted out recently and now we are an official charity foundation (smiles).

Congratulations! Thank you for sharing and good luck with your future Sangha building.