Some shots from a day in Carcassonne with Tai Sinh, Dai Dinh and Nyanayasha. I didn’t take them so there are pictures of me for once! 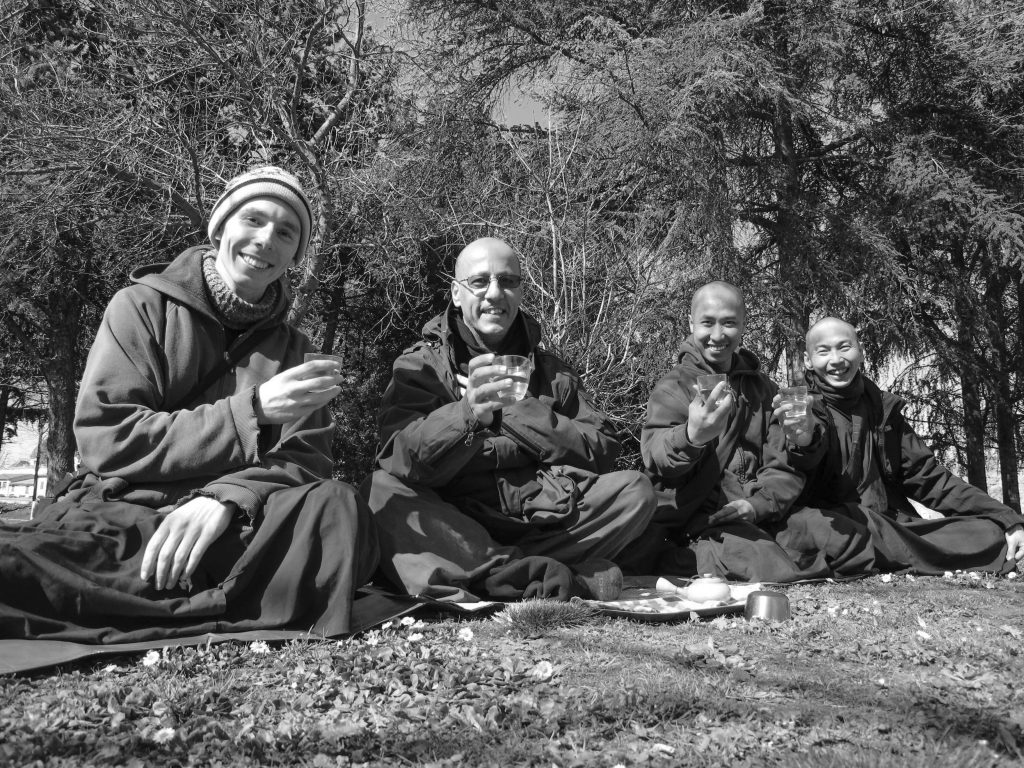 Carcassonne is a beautiful walled city. It was one of the strongholds of the Cathares, a whole civilization that rose up in opposition of the Catholic church in the middle ages. Naturally, an inquisition ensued and the Cathares were more or less wiped out. But we can still see some of their beautiful architecture!

On one of our adventures Tai Sinh told me about how the mongols rendered fortresses like this useless by their use of smoke bombs and wall-climbing. Here I demonstrate the technique, and reenact a mongol victory dance.

And speaking of Catholics! On the way home from this adventure we ran into some Benedictine monks from a nearby monastery. We were stopped at a gas station and some guy runs up and knocks on our window. “You’re monks?!?” – “Yeah! You’re monks? What tradition?!?”

A pretty exciting moment in the life of a rare species. They were great and we’re going to try and catch up with them over at their place. Here are the guys with Jean-Chrysostome, Sebastian, and Robert. I don’t remember who gets which name anymore. 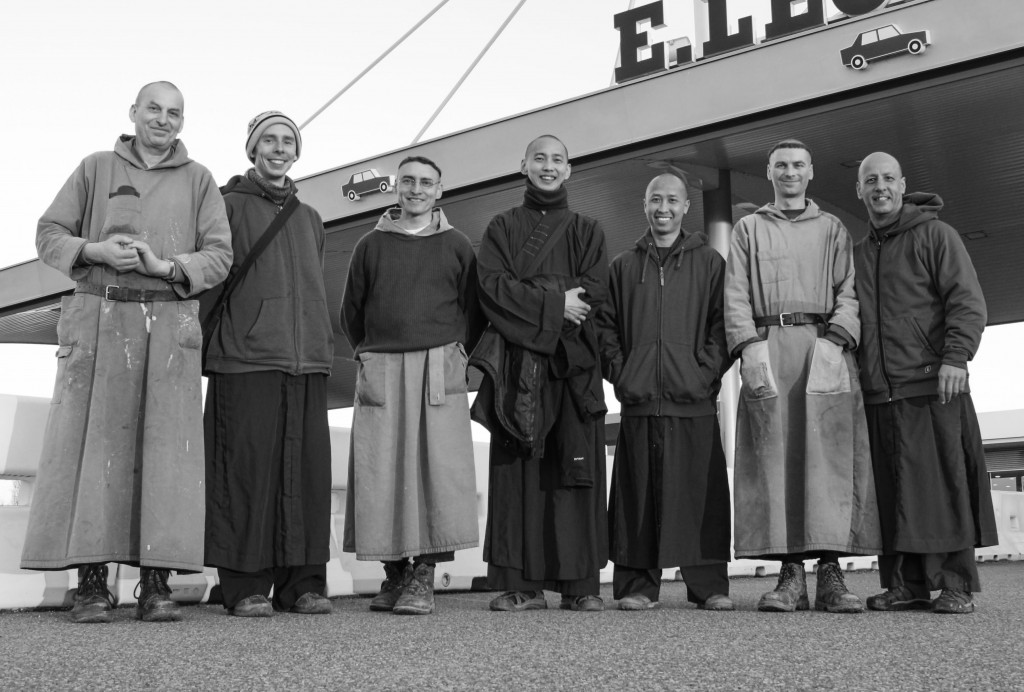 I’ve got a backlog of pictures that belong to forgotten stories, so I’ll try and hammer them out with minimal text like this, so you can at least see what I’ve been up to.