Home Americas United States Waking Up in the Great Lakes 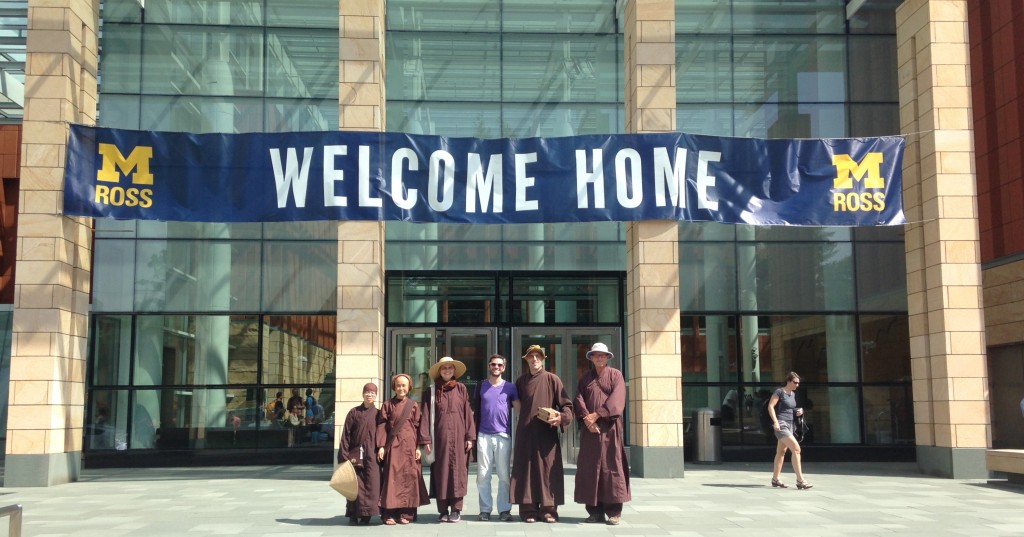 Waking Up in the Great Lakes

This past fall a group of monastic and lay students of Thich Nhat Hanh offered mindfulness events in cities throughout the Midwest of the United States. Accompanying them for their two-week Michigan leg was Brandon Rennels, the current coordinator of Wake Up in North America. Below is an interview with him about his experience on the tour:

How did you get involved in the tour?
Back in 2012 I was traveling the UK & Ireland with a group of monastics as part of a Wake Up tour there. Along for the journey with me was Sister Pine, who, like myself, is a native of the great state of Michigan. We began dreaming about how amazing it would be to bring a tour of monastics to our hometown, and ambitiously thought we could fit it in the middle of Thay’s 2013 North American tour! There weren’t enough conditions to manifest it then but the seed was planted. That next spring I received an email from Brother Phap Vu at Blue Cliff Monastery, who said he was thinking about a Midwest tour in the fall of 2014 and asked me if I wanted in.

It was an easy sell.

What was your role during the tour?
On a tour one wears many hats. From previous experiences I knew the most important thing was to be in harmony with the brothers and sisters I was traveling with. As long as we were communicating regularly and openly, all could be worked through.

My primarily responsibility before the tour was to liaise between the monastics at Blue Cliff and the local Sangha in Ann Arbor to help coordinate the week-long portion of the tour there. Most of the legwork for that portion was done by the Huron River Sangha; I just checked in and asked where people needed extra support! 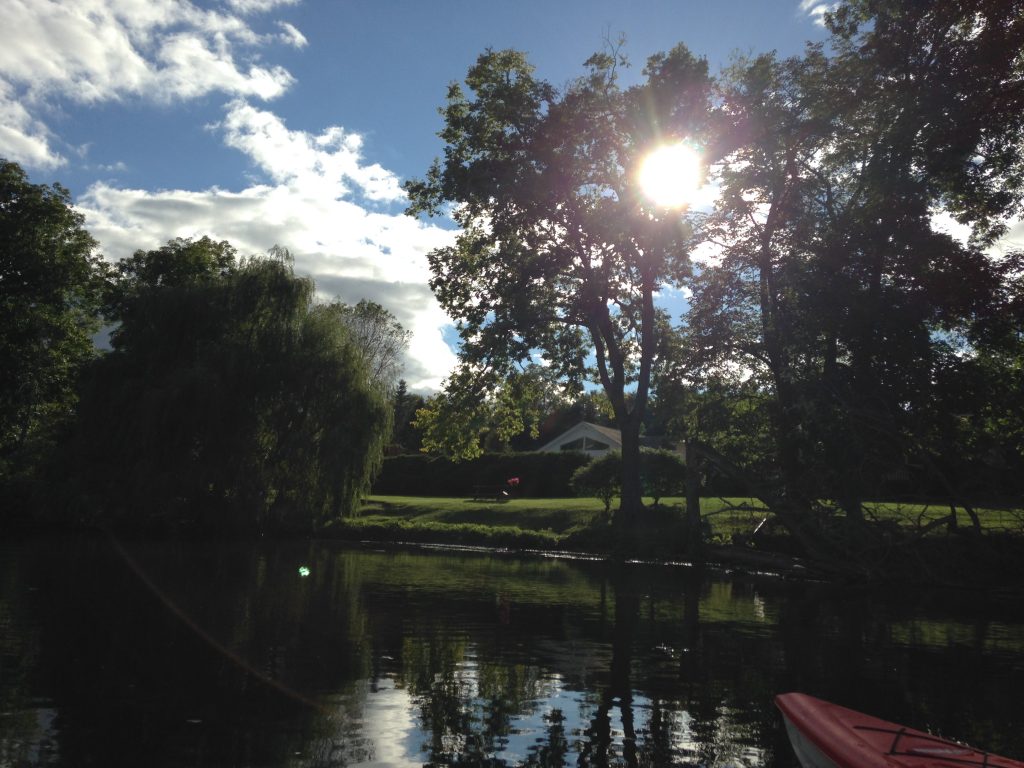 What were some highlights from the tour?

In Ann Arbor our biggest event was a Wake Up Day of Mindfulness at the University of Michigan. I graduated from that university in 2008 and it was during my time there that I was first introduced to meditation. It was a class titled “Psychology of Consciousness”, and it deeply affected me by challenging me to start paying more attention inward. Returning back to campus with a crew of monks and nuns seemed fitting, and it so happened that the location of the day of mindfulness was a Zen Center I visited as a student. I pulled out my old journal and found an entry about my visit there back in 2007. It read: “I was truly amazed at how well I was able to focus when I really put my mind to it. I can only hope I continue this focus.”

The day of mindfulness itself was a kind of homecoming for me, bringing together various threads of my life; in attendance were friends from middle school, members of my old business fraternity, my nephew, and to top it off the professor who taught the psychology course came and sat near the back smiling.

Another highlight during the tour was in Detroit, where we visited a charter school and sang songs and danced with the kids in an open green field. We were paying tribute to Mother Nature and to the hard work of our ancestors, and did so with joy.

What was something you learned in relation to your practice?
In Lansing we had a “Sit in peace, Walk with friends” event with about 100 friends. The event consisted of a flash-mob meditation followed by a walk around the State Capitol Building. I led the walking meditation and it was the largest crowd I had ever led; as I took each footstep I could feel the energy of Sangha behind me. Walking meditation has historically been a challenging practice for me, as my concentration usually doesn’t feel very strong. However, in that moment with the community behind me I felt empowered to take each step with ease and solidity knowing that they were supporting me. I vowed to remember the feeling of that moment, and to know that even if there aren’t 100 people walking behind me, the Sangha is always there.

Any happy/cozy moments with the tour team to share?
In Lansing there was plenty of space in the schedule for play; we went bowling, kayaking, hiking, frisbee golfing, and even managed an impromptu trip to the zoo.

At the final evening in Ann Arbor we had dinner at my parents house: vegetarian lasagna with a generously portioned carrot cake. It didn’t take long before the baby pictures came out, as my parents were enthused to share my past with those who knew me in the present. After dinner we sat together in the living room playing music together, and as I looked around the room I knew this present moment was a wonderful moment. 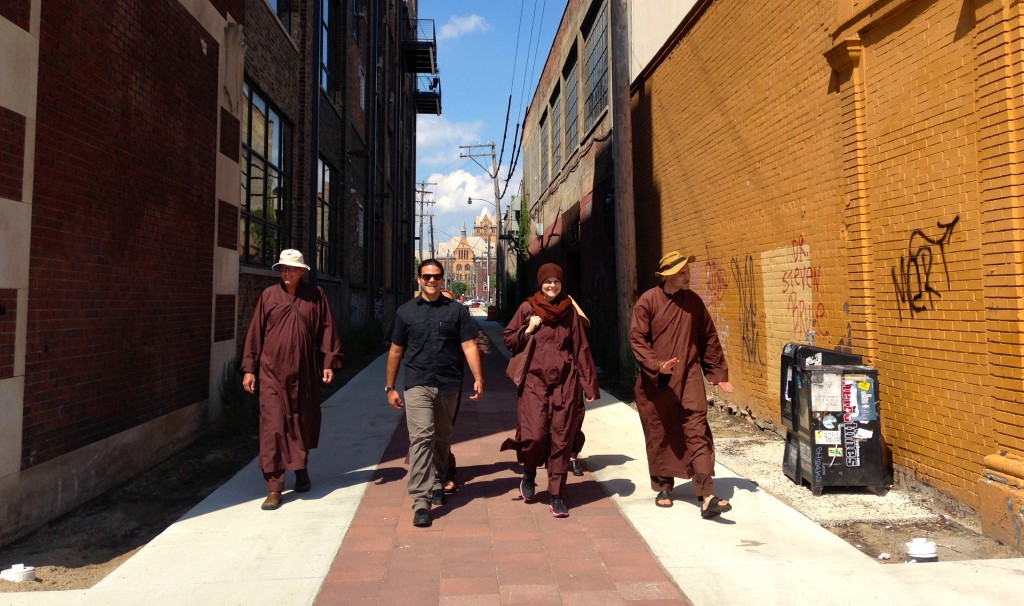