Home Sharings Sangha-Building The Value of Visiting Other Communities 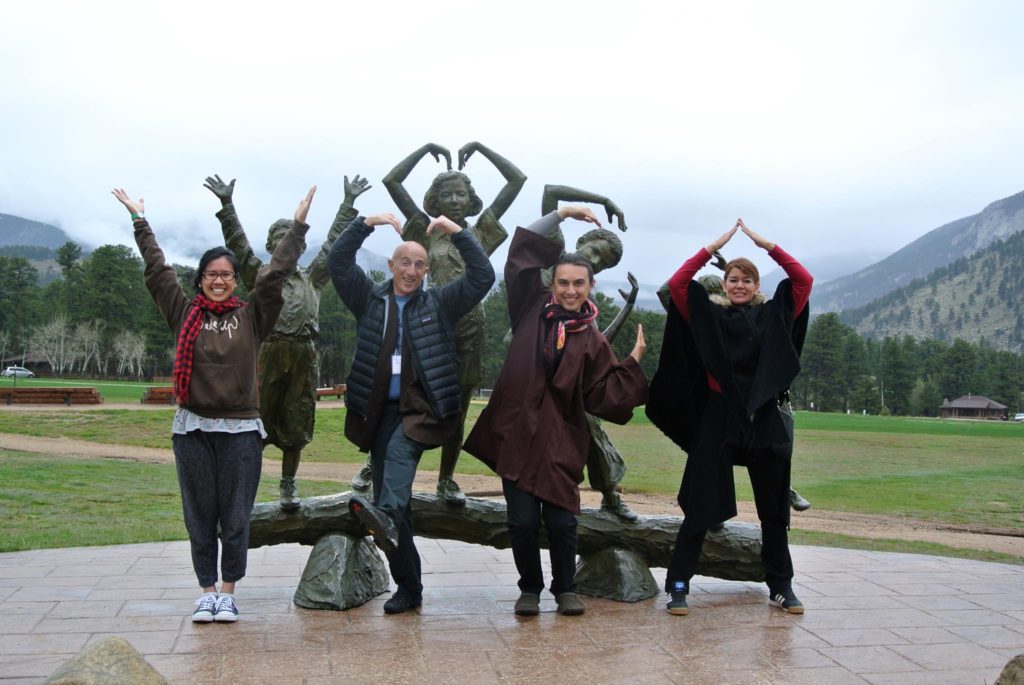 How did the Wake Up USA Southwest Tour manifest?
It was led mainly by Brian Kimmel who is residing in Boulder, Colorado. He prior attended the Wake Up Collectivity of Ambassadors retreat at Deer Park Monastery during the US tour in 2015. He was so inspired by the get together that he wanted to continue building Sanghas. He had the idea to do a Wake Up tour in the Southwest because we’ve never had a Wake Up tour there.

Brian knows that I live in Texas so he emailed me and said, “Nhu-Mai, I have an idea! I have emailed all the Sanghas in the area and they’d like to support it. Are you willing to join me in the tour?” At first I was hesitant because I had a lot to do, but because he was so enthusiastic, he just pulled me in (laughs). I had no choice (laughs).

Since I’ve practiced for a number of years, I can forget the wonder, the spark, and the excitement that comes when one first encounters the practice.

What cities did you visit during the Wake Up USA Southwest tour?
The way we decided on which cities to visit was based on the Dharma teachers whom we wanted to follow. We wanted the tour to be as simple with as little organizing as possible, so we decided to travel with lay Dharma teachers who already had a set tour schedule. Dharmachaya Chan Huy (based in Montreal, Quebec, Canada) tours regularly around the U.S., going to Idaho, Colorado, and Mexico. Dharmachaya Terry Cortez-Vega (based in Austin, TX) also had a tour schedule, and the retreats she led in Texas were always one of our favorites.

What’s great about following these Dharma teachers is that the local all-age Sanghas already took care of the retreat organizing (such as setting the date, venue, and promotion) and all we had to do was show up. So we emailed the Dharma teachers asking them if we could be their posse, and they joyfully agreed! We ended up visiting Sanghas in Texas, Colorado, New Mexico, and Utah. Donations to the Thich Nhat Hanh Foundation helped take care of our travel expenses, making this Wake Up Tour possible for us.

The power of showing up to another Sangha is to express to each other that we are not alone.

Texas was the first leg of the tour, and I was responsible for organizing it since I live there. Before the retreat in Austin, we drove to Dallas and visited a young adult Sangha there. At the time, they were an interfaith group that was heavily influenced by Thay, but they didn’t fully identify as a Wake Up group yet. So we visited them and shared more about Wake Up, and some of them even came down to join us at the Austin retreat. After our visit, the Dallas group was so inspired that they decided to move forward and call themselves a Wake Up group.

When you were responsible with the first leg of the tour in Texas, were there any challenges you encountered? Surprises? Or what did you learn?
One thing that I was reminded of was the joy of the practice. Since I’ve practiced for a number of years, I can forget the wonder, the spark, and the excitement that comes when one first encounters the practice. It’s like a sudden “Aha!” A renewal and a hope that life is okay. After practicing for a while, I started to lose that beginner’s mind, and the practice became more of a reluctant obligation instead of a joy. So it was nice to be with others and be around fresh and energized beginners.

After going to Colorado and Utah, is there anything in addition to what you have learned in Texas that you applied there?
I’ve learned to see the value of visiting other Sanghas. When I visited the Colorado Sanghas, they were so energized and uplifted by our visit. I was pretty stoked as well to learn about other Sanghas, but I wondered why this was such a positive encounter.

Strengthening our relationship with other communities is a powerful way to touch our interconnected nature.

Imagine: Sometimes, facilitating Sangha (or even going to a Sangha) can be a drag. I feel tired; I’m bored because it can be the same thing over and over, or I feel discouraged because not many people come. Facilitating isn’t fun anymore, and then there comes a point when I wonder, “Is there any point?”

But then one day, a new person visits a Sangha. They’re actually from another Wake Up Sangha from the next city (or from across the nation, or even another country!) and they visit just to spend time with us and say, “Hi.”

I don’t know about you, but to have a special guest like that, someone who has traveled a distance just to visit our group is really cool! And suddenly, the Sangha and this practice and this path isn’t so much of a drag anymore. When someone from another Sangha visits the Sangha I’m currently practicing with, they’re saying, “I know you are there. You are not alone on this path, I am with you. And I support what you are doing because it’s important.” 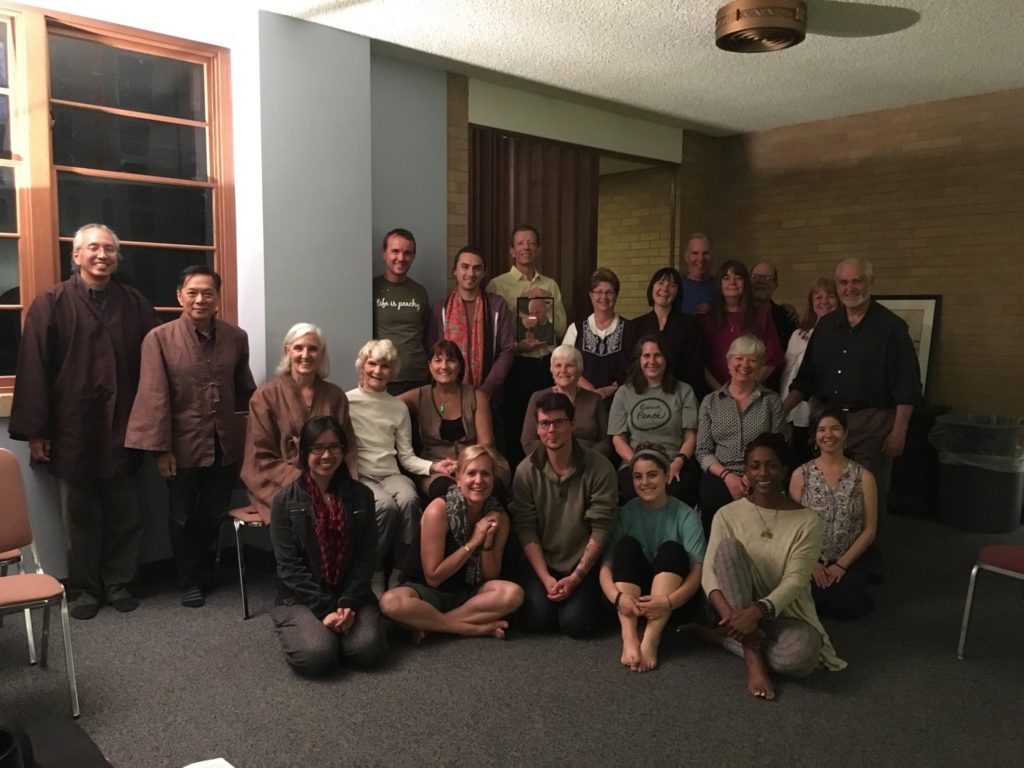 That’s the power of showing up. To express to each other that we are not alone.

And what a great way to build a larger network! Sometimes, my vision becomes narrow and I only see my community within this tiny location. But my Sangha doesn’t exist only in Austin. My Sangha exists all over the world! When I feel like I am part of something greater, the work gets easier.

So please incorporate a practice to visit other Sanghas. That’s my hope for Wake Up… more Sangha hopping. It doesn’t have to be visiting only Wake Up Sanghas. You could also visit an all-ages Sangha in your city or a Sangha of different faith/tradition. Strengthening our relationship with other communities is a powerful way to touch our interconnected nature.