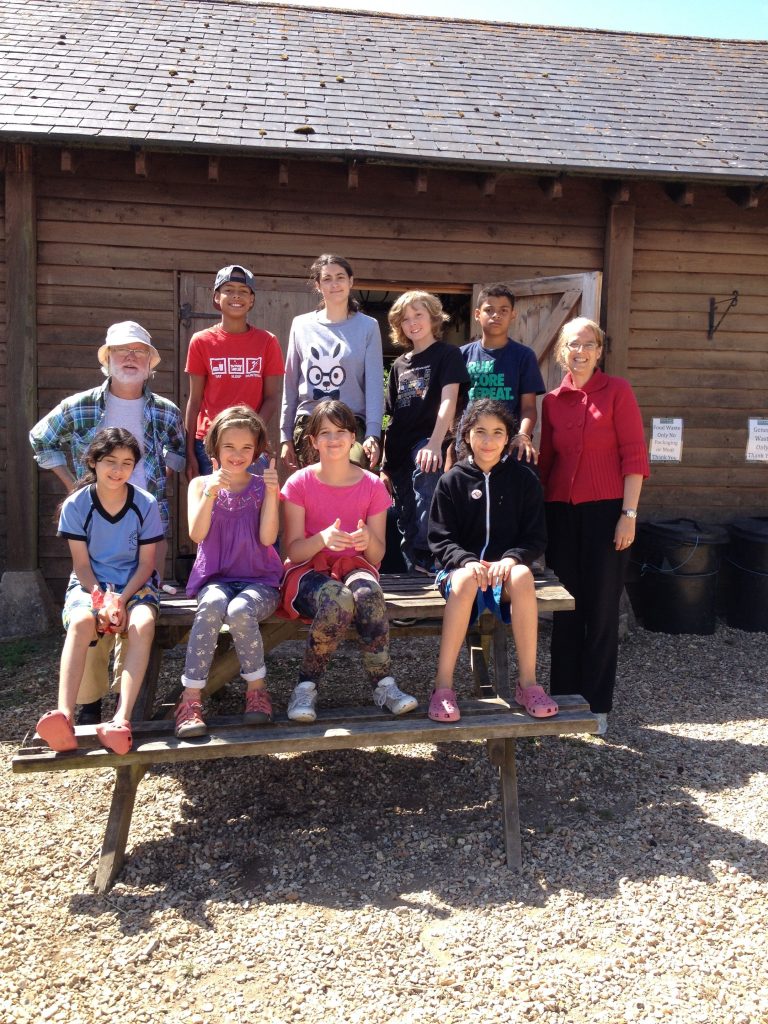 Last year at New Barn Family Retreat I enjoyed playing with my friends. I met a lot of new people and found out the names of the animals. There were many fun activities such as feeding the goat. A funny thing happened when I was playing––Sammy the Ram escaped! Luckily my friends weren’t really hurt and Adam the keeper put him back in his pen quickly. We also gave our food scraps to the pigs. I really enjoyed food meditation, and two of my friends thought of smellitation. Smellitation is when you don’t actually eat the food—you smell it instead. All of us were happily surprised about how good Jaffa Cakes smell.

There were lots of other activities such as the three mile hike to the 6,000 year old mound, the camp fire where we made bread, a “be in” where lots of people performed, and earlier in the week we made pizza dough.

Our older group were investigating the brain and ways to be more mindful. And we did pottery and told stories in the evening. Me and some of my friends also ran the Tea Room which is––if you haven’t guessed already––where you make tea for people. What I liked most about the retreat was how nice everyone was and how well we got on.

Sophie Webb, Steady Silver Birch of the Heart, is twelve years old and likes to read and write. She also really likes Harry Potter and spending time with her family. She lives in Cambridge, England.