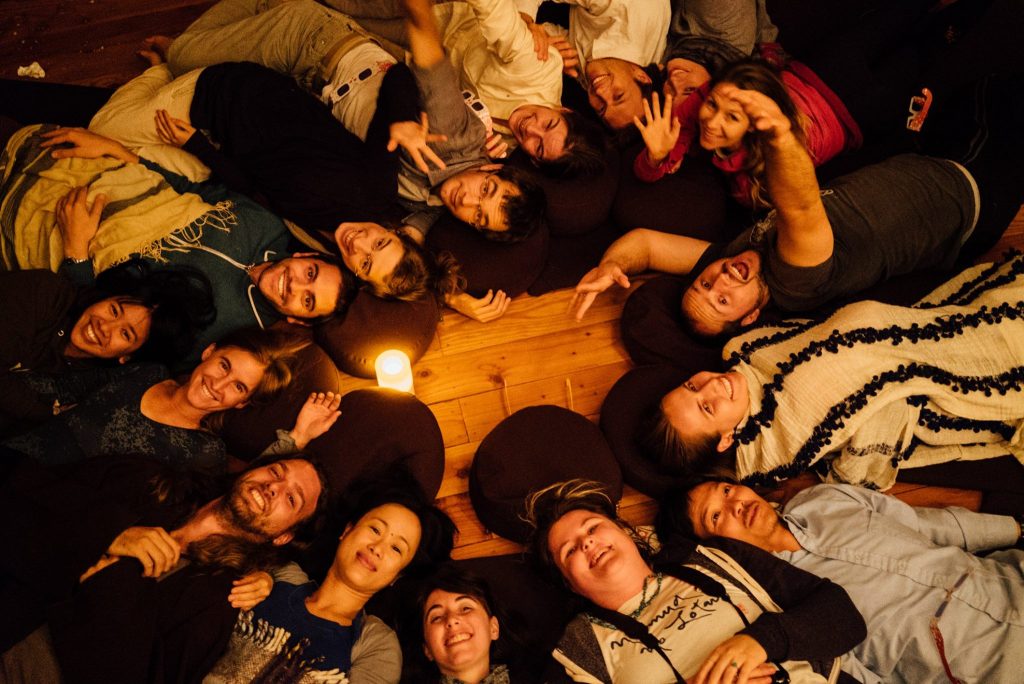 Have you been involved with the Wake Up movement in some form and you’d like to learn how to become even more active in the Wake Up community? The following will give you a description of what it means to be a Wake Up Ambassador, how to become one, and what to do next.

What is a Wake Up Ambassador?

The term “Wake Up Ambassador” was coined during Wake Up’s early development, when a group of monastics and Wake Up members were discussing whether to call active Wake Up members “leaders.” The following is a letter from Monastic Brother Phap Luu describing the distinction between a “leader” and an “ambassador”, and since Thay’s vision for us is to become a leaderless community that embodies interbeing, we decided to call ourselves “Wake Up Ambassadors”:

“…When we created the Wake Up Ambassadors,…there were many heartfelt discussions about the use of the term ‘leader’, which would be the natural term in the world for those who are taking a more active role in the Wake Up community. We knew, from experience in the monastic community, that such a designation tends to bring about pride and arrogance. That’s why we always speak of facilitating Dharma sharing, rather than leading it. We don’t have an executive committee who runs the hamlet for the abbot, we have a Care-Taking Committee. Even the abbot is not a leader, but someone who helps to take care of the brothers. We don’t ever refer to him as a leader. Actually, Thay does not and has not used that term, to my knowledge, when speaking about himself or about anyone in the monastic or lay Sangha.

It was out of that insight that the term ‘ambassadors’ was suggested, as it suggests someone who gives counsel to help bring about understanding and reconciliation. It also may help avoid developing a hierarchy of leaders and the implied followers that they are leading…

An ambassador, on the other hand, is someone who truly lives an engaged life of reconciliation. In a quiet and often humble way they facilitate communication between their native country (the country of Wake Up?) and the foreign, sometimes hostile, and busy country in which they have to live every day (society).

Also, anyone can decide to be an ambassador. As soon as they actively bring the practices of Wake Up/Plum Village into their lives, they are already bringing about reconciliation in themselves and to those around them. I am concerned that many who do not consider themselves as leaders, but who are doing amazing things for Wake Up in their personal sphere, may feel excluded or put off by such a title as ‘Wake Up Leaders’.”

Ambassadors also can facilitate communication within the Wake Up movement itself. In this case, their “native country” can be their local Sangha or even a general geographic area. They can relay information about their Sangha to Sanghas in other parts of the world and visa-versa. Overall, this can give Sanghas the chance to learn from one another and grow together from the collective wisdom and experience.

How do I become an Ambassador?

As stated before, anyone who wants to be an Ambassador can be one! It is a completely organic process which can stem from one’s practice of self-discovery. Generally speaking, Ambassadors are whole-hearted and motivated to nourish, strengthen, and build Sangha because they know it nourishes themselves and others in the same way. Though the term “Ambassador” is a self-appointed title, the following points may help you see if this particular flower is blooming in yourself.

A Wake Up Ambassador…

When writing the Wake Up Ambassador description, we used the worldwide collective insight from many members of the four-fold Sangha. However, we know that any “definition” is an evolving process and up for interpretation. Therefore, this definition may be adapted to better fit the needs of your region.

I am a Wake Up Ambassador! What next?

If you are a Wake Up Ambassador, we invite you to join Basecamp, our online forum for Ambassadors. By joining Basecamp, you will have access to a wealth of resources: including connections with Ambassadors and monastics from all over the world, useful documents for sangha-building, and notification of projects that can benefit the Wake Up Sangha and greater community.

In order to join Basecamp, please email us at basecamp@wkup.org. Write “Join Basecamp” on the subject line, and in the email, answer these introductory questions so we can get to know you:

We look forward to hearing from you 😀