Home Sangha of the Month Wake Up New York

Sangha of the Month for October 2015: Wake Up New York 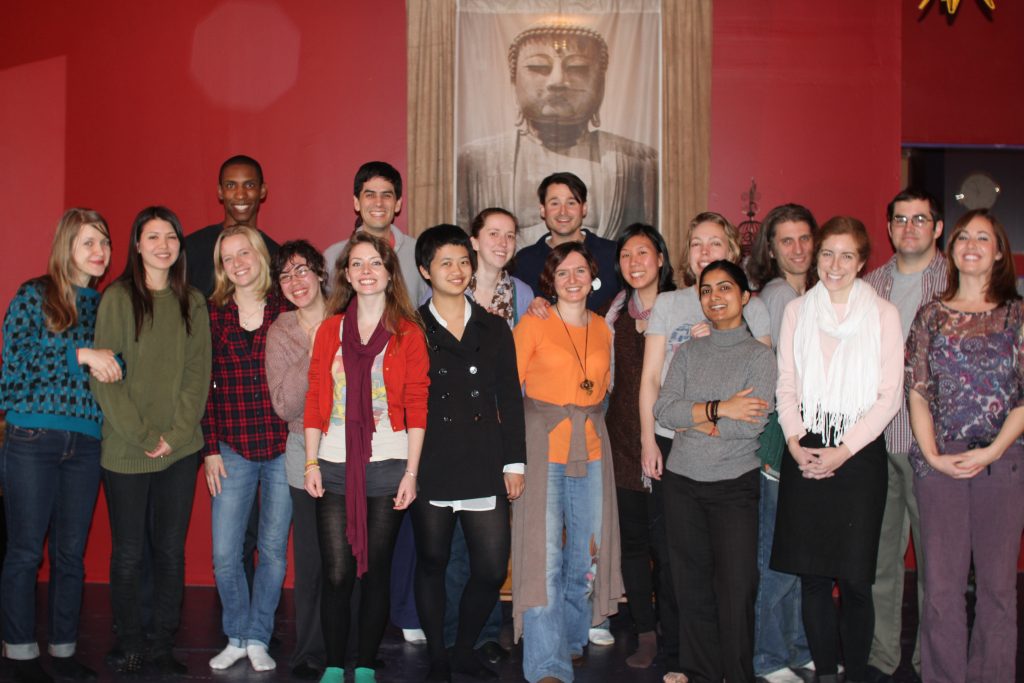 In the dark, candle-lit entryway of an upscale vegan Korean restaurant, I sat with Jenny Hamp, cofounder of Wake Up New York. Some of our friends from the Miracle of Mindfulness tour delegation were still inside finishing up dinner, but the two of us stepped out to chat. Both of us had busy schedules, and this was the only moment we could fit in an interview about Wake Up NYC.

Nhu-Mai (NM): How did Wake Up NYC get started?
Jenny Hamp (JH): Wake Up got started in 2011 when several monastics came through to do a Wake Up tour in New York City and other cities in the east coast. They asked some of the people in New York if they wanted to help plan events for young people. So some of the young people from the Brooklyn Sangha and the Riverside Sangha got together to help plan the events. We had Days of Mindfulness in the city, and we had events for people in colleges. After that tour, those same organizers started a Wake Up Sangha in New York.

NM: About how many people show up to your meetings and what are their backgrounds?
JH: We get between 15-30 people each week. It’s a mix of regular members and people who have heard about mindfulness through friends, our Meet Up advertisement, or through looking for a Thich Nhat Hanh sangha. It’s a mix of people who have experimented with different practices or people who have some deep pain in their lives and are trying to look for different ways to address it. And many of the people are super excited to find like-minded friends who are engaged in the world and want to nurture kindness, peace, and happiness. 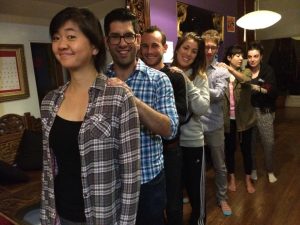 NM: What kind of career backgrounds would you find?
JH: We have a lot of different livelihoods. There are a lot of students, medical students, lawyers, artists, people in the music industry, and people in the film and TV production industry. Those are the ones that come to mind.

NM: What are your meetings like?
JH: We have about 8-10 facilitators and they are encouraged to offer any practice in the Plum Village tradition, and they’re encouraged to get to know the tradition by visiting a practice center like Blue Cliff Monastery or by reading one of Thay’s books. Typically, we’ll have a 20 minute sit with some guidance, usually pulled from Blooming of a Lotus. Then we’ll either have a period of walking meditation or deep relaxation, and then we’ll have a reading from one of Thay’s books followed by Dharma Sharing. We always share the Dharma Sharing guidelines, and throughout the meeting we give basic instructions for the meditation practices. After that, we’ll have an hour of tea and snacks which is a very joyful time to get to know each other.

NM: Do you guys do anything outside of your weekly gatherings?
JH: It changes from year to year. Sometimes there are trips to the beach and picnics. I see many people will go to wholesome dance parties and spend time together.  Sometimes we’ll go to events with the all-ages communities such as the retreats or we’ll go to the days of mindfulness.

At this point of the interview, the rest of our group came out. We took group pictures and selfies in front of the restaurant, and then Jenny and I walked together to the subway station. Inside the hot and humid subway station, with only a few minutes before the train came, I asked Jenny one last question:

NM: Name one special moment that you’ve experienced with Wake Up New York?
JH: Hm, let me think about for a second. (pauses) We had a facilitator training with the Brooklyn Sangha a few weeks ago. It was very lovely, we had a panel that was a mix of Wake Uppers and all ages Sangha members and a Dharma teacher. So it was a very joyful to hear everyone’s experiences and hear the different insights from the different groups. It felt like everyone was was able to contribute both their wisdom and fresh ideas. This helped facilitators have more access to tools to nourish the Sangha.

NM: Why was that special?
JH: (as we felt the rumble of the train approaching) It was a pretty large group so there was a lot of energy and excitement. It felt like a continuation of Thay by training the facilitators and seeing people want to learn about the tradition. It felt very sweet.

With that last word, the trains arrived! We quickly hugged each other and parted ways running, hoping to catch our respective trains before it departed. As I slipped through the closing doors and sat down, I laughed to myself. New York City is such a fun place to practice mindfulness. 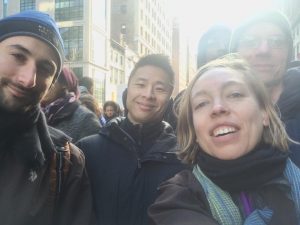