Home Sangha of the Month Wake Up Montréal

Sangha of the Month for August 2016 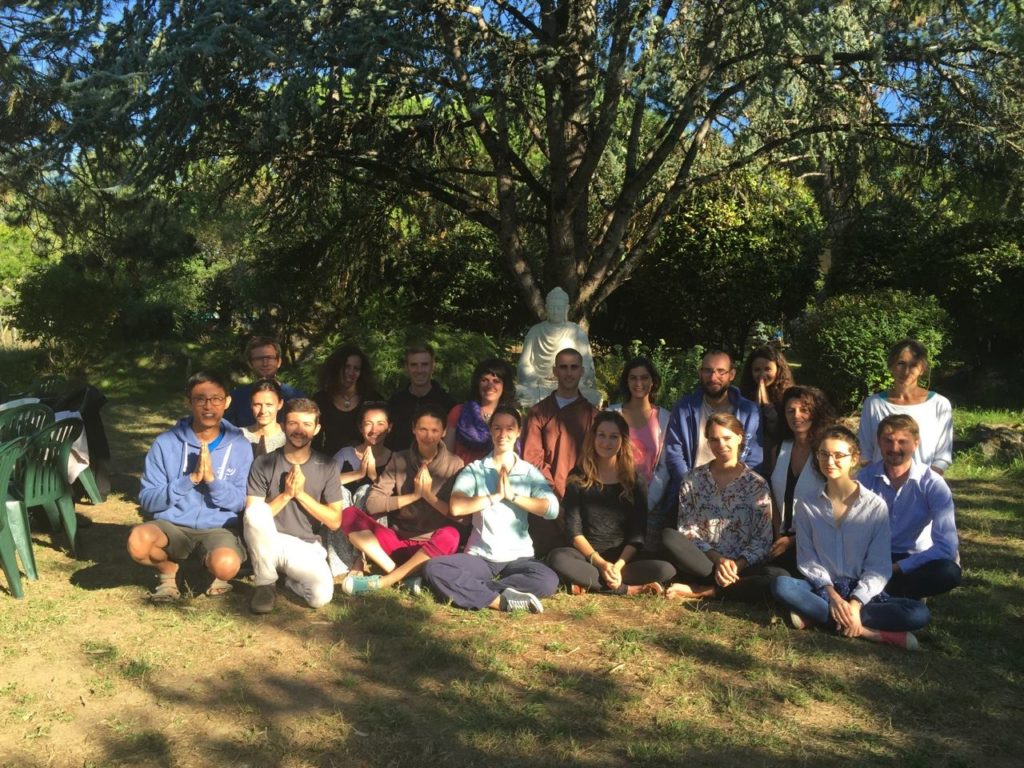 Wake Up Montréal has had many lives. It was first formed by Vietnamese practitioners in Montréal, but then the Sangha was on hiatus for a few years after the first members left. In 2014, I left France to join my wife Léa who had been living in Montréal for a year, and I resumed my studies in criminology at the University of Montréal. With the experience I had gained with Wake Up Paris during the year before my departure, I immediately wanted to extend this fantastic experience in my new adopted city.

Several students at the University of Montréal know Thay’s teachings. We begin each session with a 20-minute sitting meditation, where I guide the first 10 minutes. The next 10 minutes are in silence. Depending on the room we reserved, we practice either walking meditation or some of the 10 mindful movements. I also take a teaching of Thich Nhat Hanh by adapting to the context of the university: I invoke peace, compassion, and love. Then we finish by sharing about our experiences during the session or what happened during the week. Since this activity was a great success, I proposed two weekly meditations for the following trimester. In the winter of 2015, after making friends, we switched to five weekly meditations to offer meditation in several buildings of the University of Montréal. 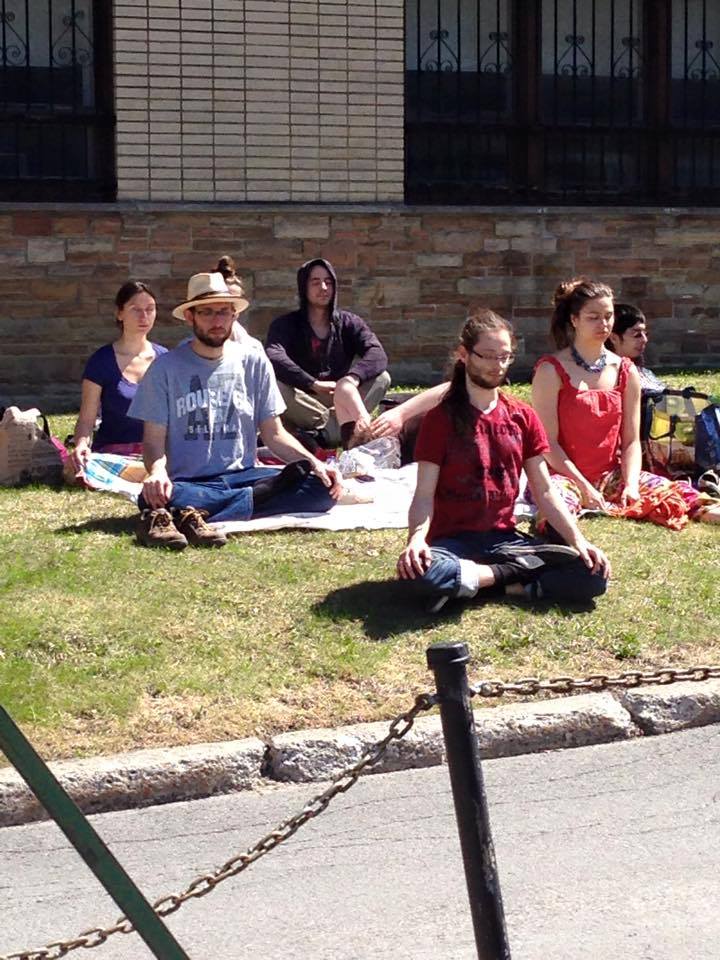 During these two years of experiences, I discovered the strength of the teachings that had brought me to life when I was in France. I had the opportunity to discover very solid friends who formed the core group of Wake Up Montreal. Anissa, Daphne, Nicolas, Olivier have had their turn in beginning to facilitate meditations. In addition to meditation, we have organised the Laughter yoga, free hugs in the subway, yoga activities and vegan cooking, lectures on animal ethics, a handpan workshop (an instrument of extraordinary music), a painting activity by incorporating rocks in paintings… After noticing that students (and staff who are beginning to join us) were not aware of the different meditation practice centers in Montreal, I created a cycle of workshops on “meditation – a universal teaching.” To do this, I invited several teachers from the Shambhala tradition, MBSR, monks from the Forest Tradition, and of course Plum Village with a lay teacher. This past May, monastics from Blue Cliff Monastery, who toured around Québec, came to lead a practice at the university.

In addition, several Wake Up members tried different experiences outside the University of Montreal. Léa, my wife, started a group at the University of Québec in Montréal, where she studies. Both of us tried to offer monthly practice there, but we had to stop because of lack of space. We are seeking a larger venue. Finally, we had the opportunity in September 2015 to organize a 1-week Wake Up retreat at the Maple Village with Wake Up Ottawa and Wake Up Toronto. Later this month, Wake Up Montréal is organizing a 1-week retreat at the Maple Village. I am very grateful to Vanya and Ba-Chinh who have worked a lot to help organize it.

With my friend Nicolas, one of the facilitators of SOI – Le salon Zen (The Zen Lounge), we wanted to support the participants in meditation groups to deepen their practice. Nicolas had the idea to create the “Mindfulness Twins.” We bring students and staff together so they can help one another in their practice. A longtime meditator is paired with a new meditator, and each one takes turns of sharing news and encourages the other in difficult times they may be going through. Every month, the meetings allow the participants to meet together and share about their mindfulness practice.

Then Nicolas had the great idea of creating a “Path of Mindfulness.” In this process, we propose a structure adapted to each person who wants to deepen his or her commitment and practice of mindfulness. We offer a list with teachings of various traditions; we ask for a greater participation in weekly meditation groups, assistance for the organization of our annual retreat, and prepare the participants to gradually facilitate meditation groups. This allows us to ensure that the meditation group at the University of Montréal will continue after the end of our studies.

With Vanya, Ba-Chinh and Léa, we will find a venue outside the university to further promote the practice of Wake Up in Montréal starting in September 2016.

To get in touch with Wake Up Montréal, click here to email them or visit their Facebook page.

This article was originally published in French on http://fr.wkup.org