Home Sangha of the Month Wake Up Indonesia

Sangha of the Month for November 2015: Wake Up Indonesia 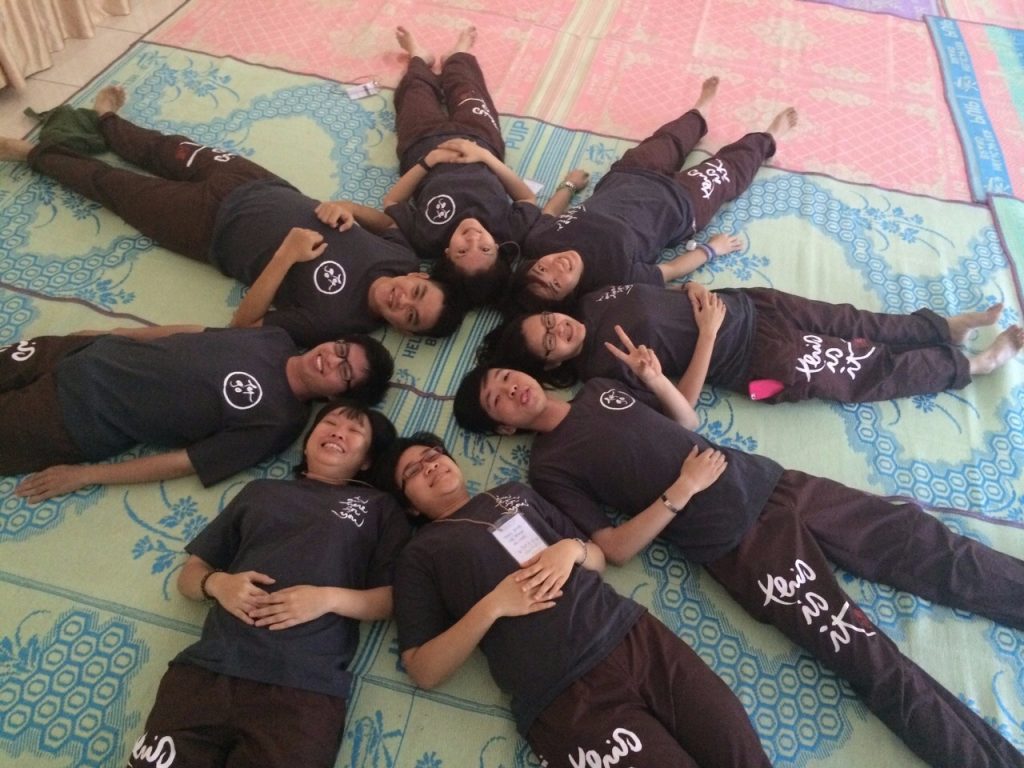 Here are sharings from some active Wake Up Indonesia practitioners:

By Liana Chia
I learned about the Plum Village (PV) tradition from Thay’s book. Our local monastics and lay friends attended the PV retreat in Hanoi in 2008. After they came back to Indonesia and shared their experiences with many friends in the temple, we started practicing the PV Tradition with a small group in Jakarta called Rakit Bambu Sangha once a week. Two years later, we invited many young people to join the Sangha after Thay and the Plum Village delegation lead the retreat in Indonesia. We decided to form small Wake Up Sanghas in Jakarta and Bogor. The members of Wake Up Bogor are students and the members of Wake Up Jakarta are workers. The core members of Wake Up Indonesia are Wake Up Jakarta. We support the monastic Sangha to organise many retreats, Day of Mindfulness activities, and peace walk in many cities and islands in Indonesia every month. 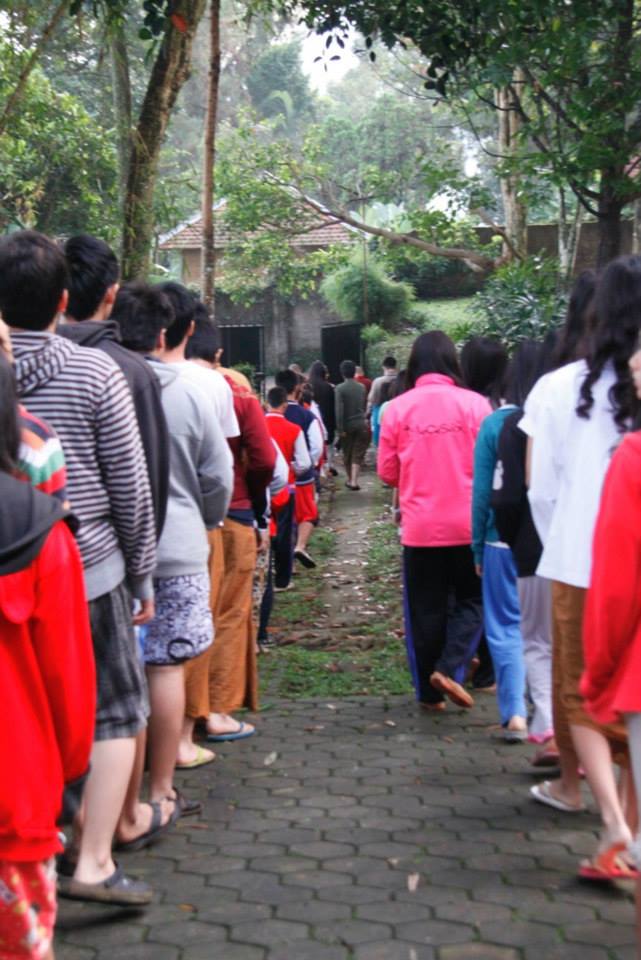 The Wake Up Sangha in Jakarta has a practice every Wednesday night called “Night of Mindfulness” and the Wake Up Sangha in Bogor practices every Thursday night. The activities are the Five Mindfulness Trainings recitation, the 14 Mindfulness Trainings recitation (we recite them because some members are Order of Interbeing members), happiness meeting, sitting and chanting, sharing, shining light, and any activities to sing or translate the chanting in Indonesian language. With adults and young adults in other cities, we are starting to form other Sanghas in Tangerang, Bandung, and Medan.

Because of the member limitations and the distance of cities, it is not easy to gather all the young people together in a retreat and the cost is also very high for students or young adults, so we need to get a sponsor before we can help them come together. Sometimes, the monastics will go to other cities to lead a Day of Mindfulness or retreats that were requested by the local organisers. To have more members, sometimes we send our young people to attend Wake Up retreats in Plum Village Thailand.

We now have retreats every year to support friends and family in Bogor and Medan since 2011, retreats for schools, teachers, children and teens, universities, as well as monthly Days of Mindfulness every four weeks in Jakarta. And these activities are supported by Wake Up Jakarta. The practice time does not only take place in the weekly practice, but also during the mindfulness activities.

By Anita Wijaya
This was my second experience organizing the Plum Village Tour in Indonesia this past May. Even though I often help as the organizing committee in the previous retreats with Plum Village monastics, being involved in the committee this time gave me a certain impression. 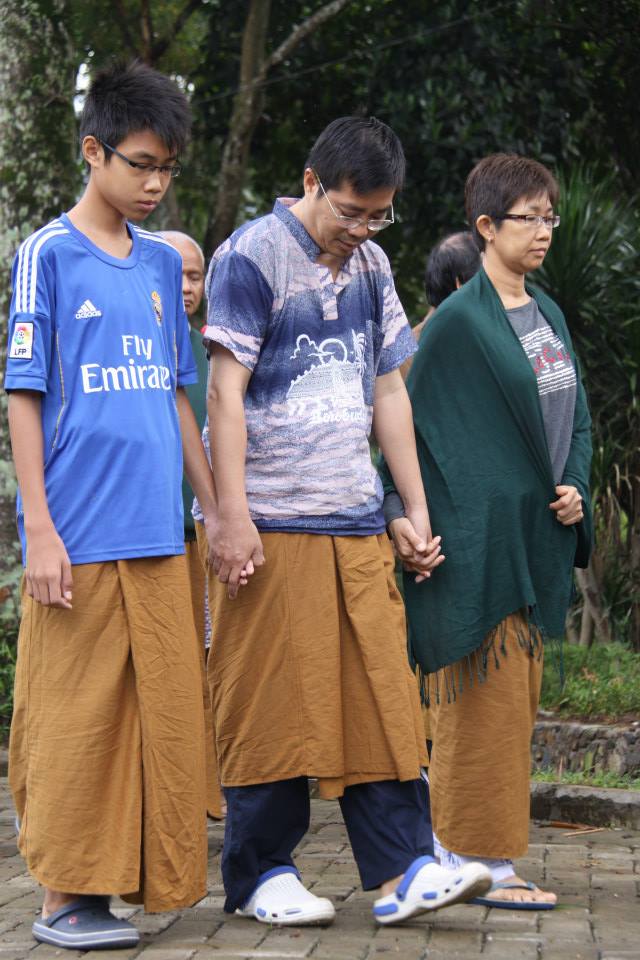 There were many challenges we encountered while preparing for the tour; the tight time frame, the lack of volunteers, the number of retreatants, fundraising, and dissent among the organizers. But in the end, we overcame all of that and the tour went pretty well.

What about me? The first time I became involved in the organizing team for PV Tour in 2010, I experienced a little trauma. I had a perception that all the people involved in the retreats like this should have a kind and friendly character, filled with patience. But when I interacted directly with some people, I found out that my perception was wrong. At that time, I felt what is called suffering.

When preparing for this tour, a fear came across my mind, that the same suffering will be repeated. But I felt that all my friends and me would be able to overcome this together. Since 2010, we have organized several big retreats. Even though in each retreat we encountered different problems, I felt that all of it made us understand one another deeper and better. Personally, I felt my expectations are much less, and my acceptance is better. I see this as a practice I could do everyday. Like Thay said, no mud, no lotus.

By Hestia Martayoga
The first time I came across the Plum Village tradition was in 2012 at a mindfulness retreat organized by our monastery. At that time, I felt like the most stupid participant. Because the others were comparing the tradition with other retreats they have attended (that was my first one, so my glass was empty!), mentioning the words ‘PV’ and ‘practice’ (which certainly have different meanings from what I understood) I didn’t even know what or who “Thay” was.

As time went by, I got the chance to join the Wake Up retreat in Thailand. I was lucky. Thay was having his Asia tour that year. So I saw (I couldn’t say meet, could I?) Thay and paid attention to his teachings. Those were some of the luckiest days in my life. Thay answered many of my questions (both direct and indirectly), he even enlightened me how to cope with a big problem in my life at that time. 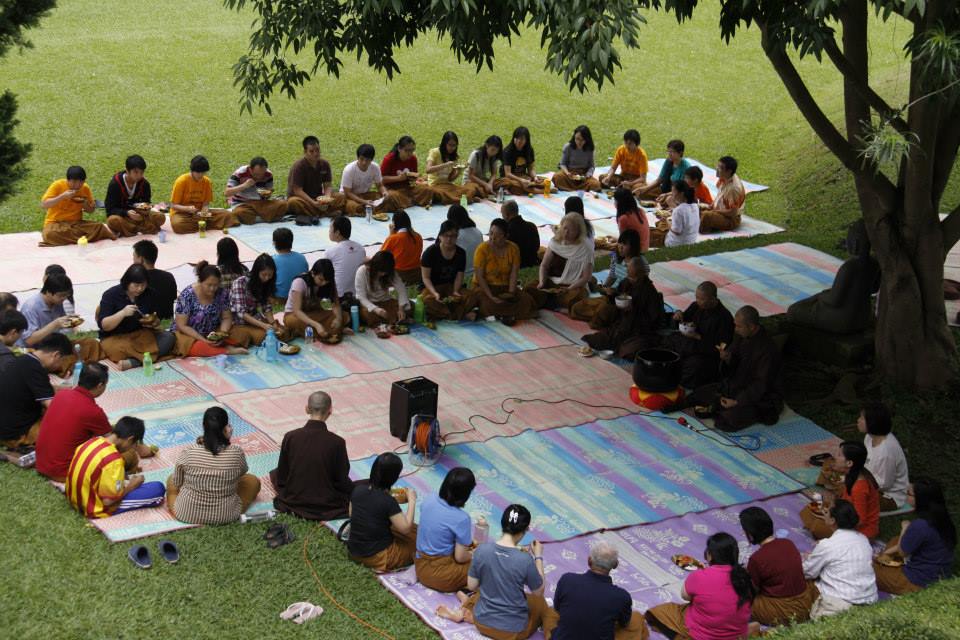 Since then, I began to join the weekly meeting NOM (Night of Mindfulness), volunteer in the retreats and Days of Mindfulness, and got to know Wake Up Indonesia members. At first, I could only help in the kitchen, wash dishes and cut vegetables. For the preparation, I usually helped with arranging the sofas, cleaning the hall, or printing the attendance list. Then slowly, I learned some skills, such as inviting the activity bell and guiding the total relaxation.

The most recent big event in Indonesia was the Plum Village Delegation Tour last May. I helped as a member of the retreat team with two of my eldest sisters in the Sangha. Although I didn’t help much, I enjoyed being part of a big spiritual family. We encountered conflicts, of course, but in the end everything went okay. I guess we are lucky that we know the practice. When we know that we are going in the same direction in life, the rest will be resolved naturally.

There was a time when I was given the responsibility as the person in charged for Days of Mindfulness. I assumed there would be someone (who used to be in charge) who’d accompany me, so I was calm. It was only the night before that I knew they wouldn’t be there. I was afraid, what if things didn’t go how they’re supposed to be? I panicked. It was never really just me. So that night, I listed all the things I had to prepare for tomorrow, and I couldn’t sleep well either I think 😀 . Luckily, the next morning there were some volunteers coming to help. While preparing, I interacted with people, learned where things were stored, and even pushed my creativity to work. It was a joyful time.

Participating as a volunteer and joining Wake Up Indonesia activities, I feel happy. Although I am a newbie and know almost nothing, they are very friendly and teach me with patience. With the sangha, I learn many things, feel many emotions, and I’m exposed to many lessons. They show me that life can be better, and that the compost can be transformed into flowers. My journey is not over yet; it has just begun. 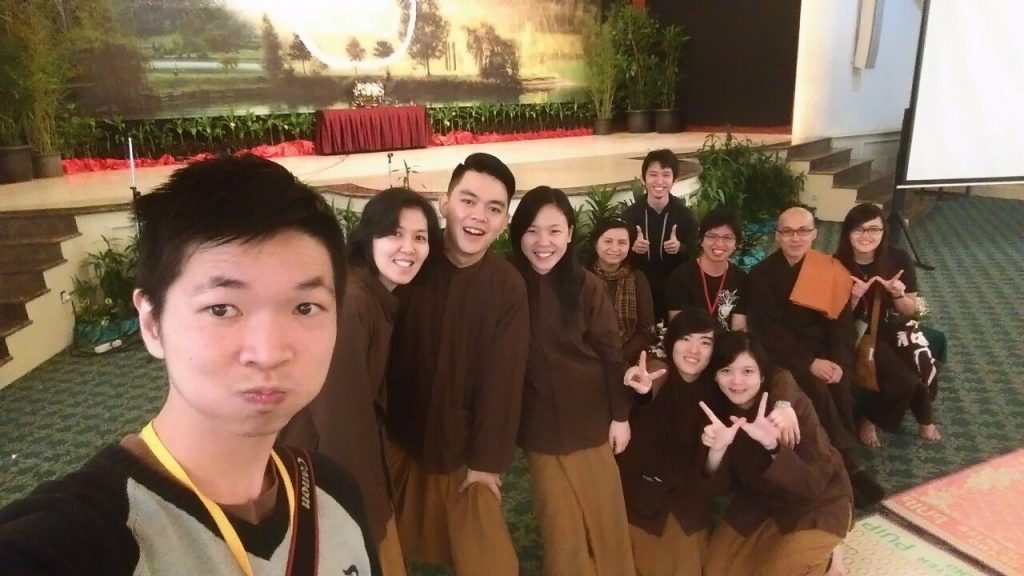